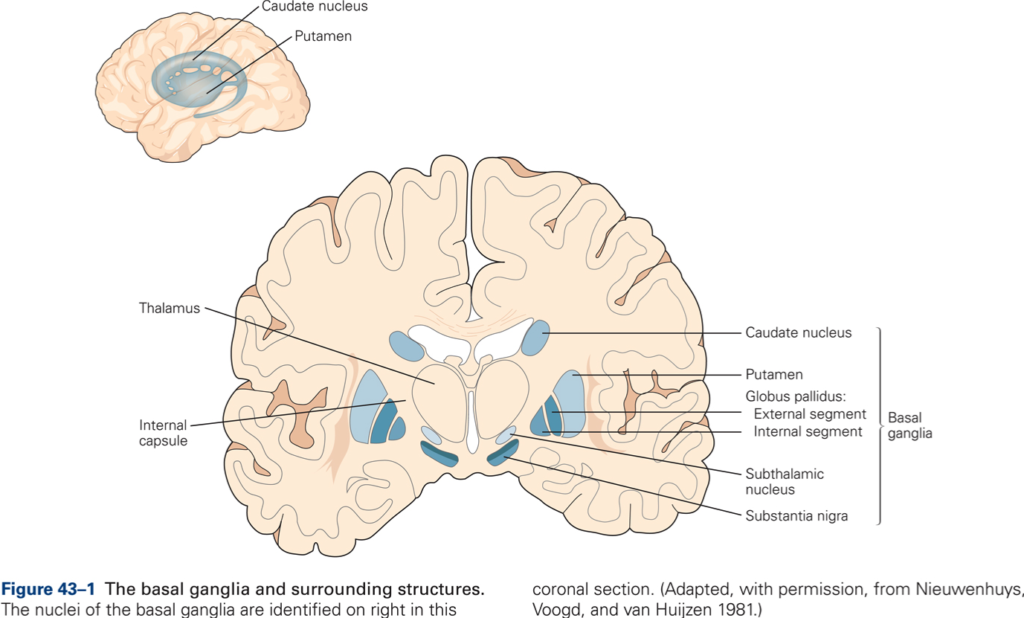 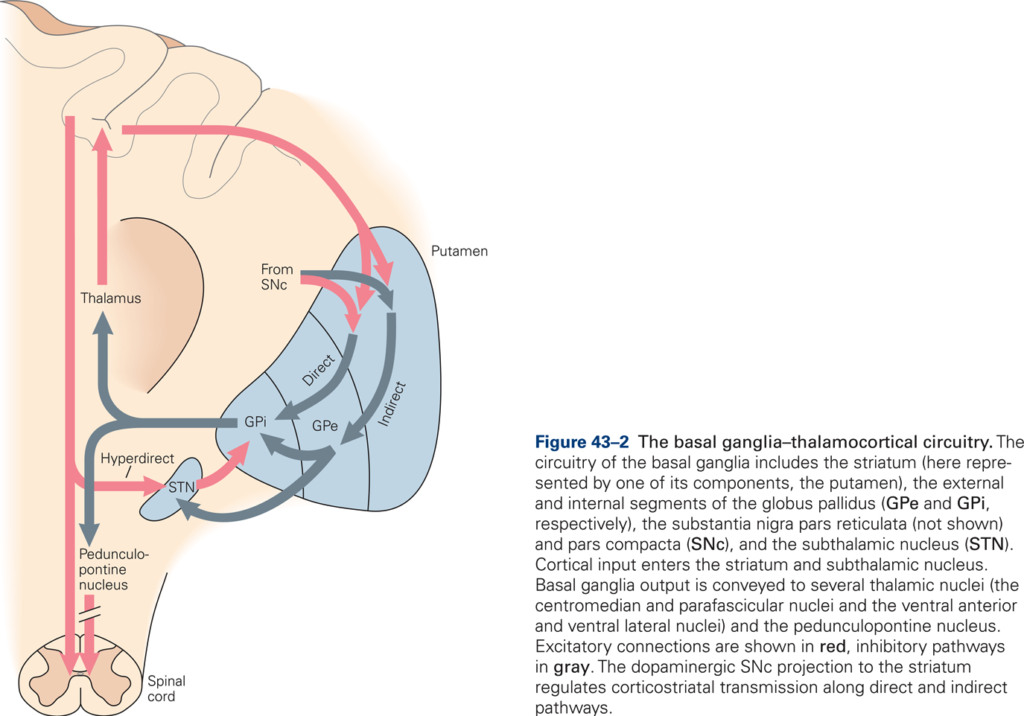 Caudate and putamen (striatum or neostriatum) are input nuclei. The putamen receives somatotopically organized input from primary motor and somatosensory cortices and from the premotor areas whereas the caudate nucleus receives input primarily from association areas of cerebral cortex.  Therefore, the circuits through the caudate are involved more in higher mental functions and cognitive aspects of movement whereas the circuits through the putamen are involved more directly with the control of movement. 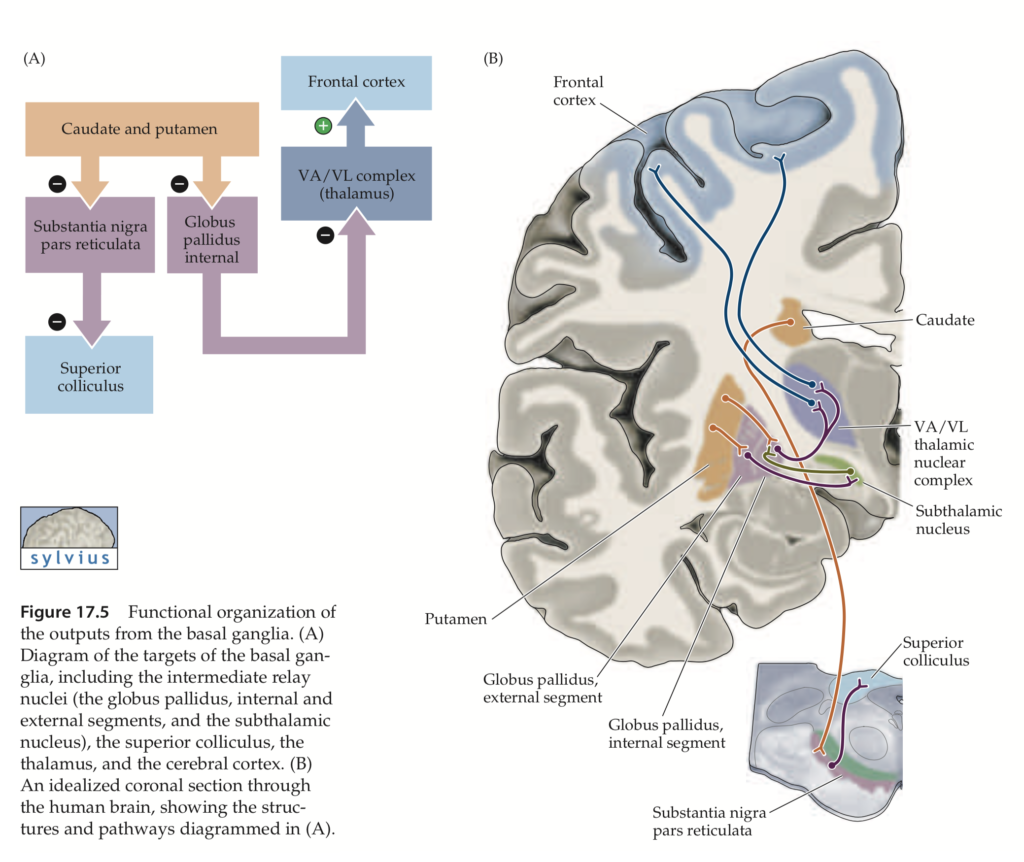 The BG consist of multiple parallel circuits in which the flow of information is kept segregated. Thus the BG process information in parallel rather than primarily integrate information from large parts of cerebral cortex. 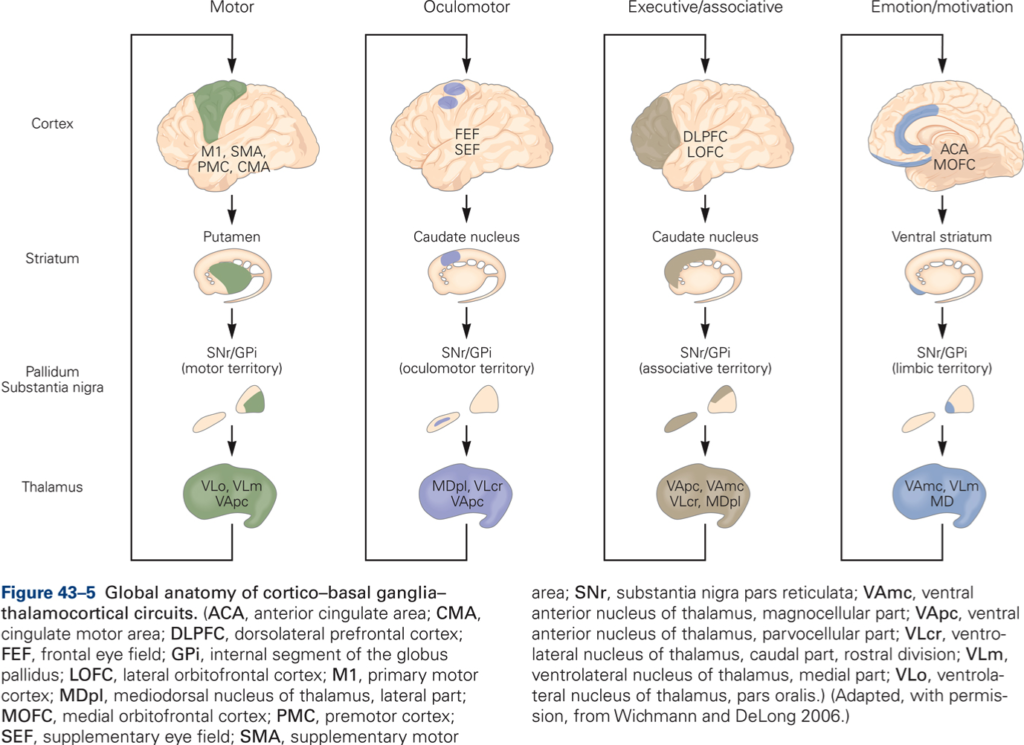 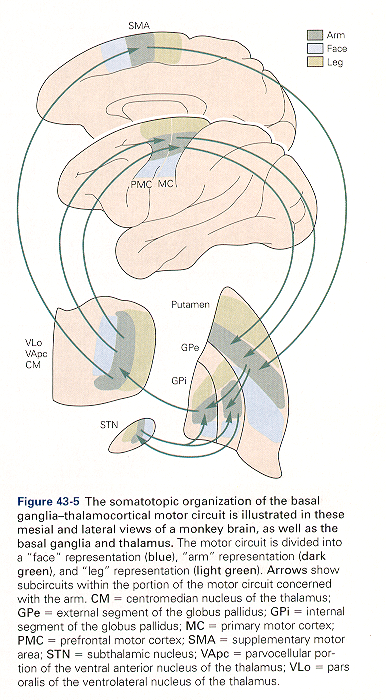