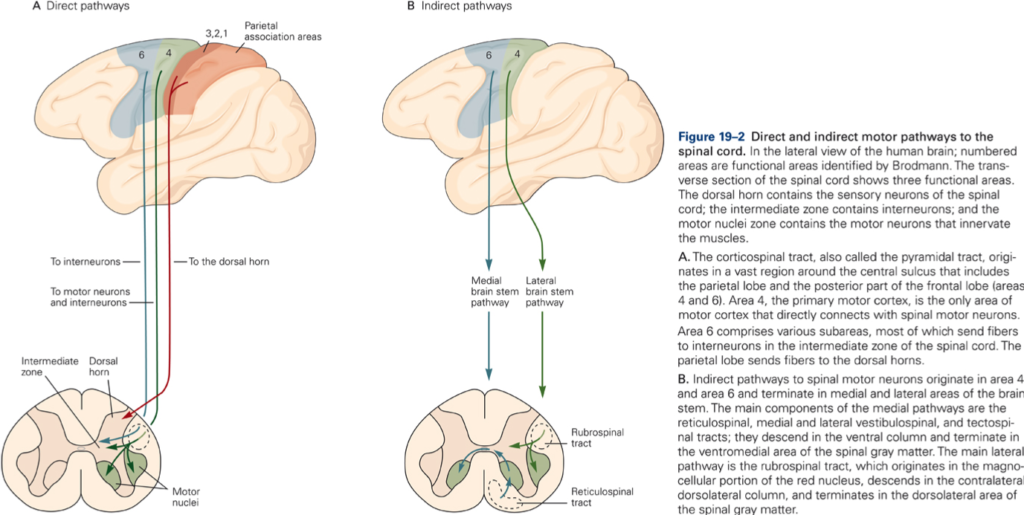 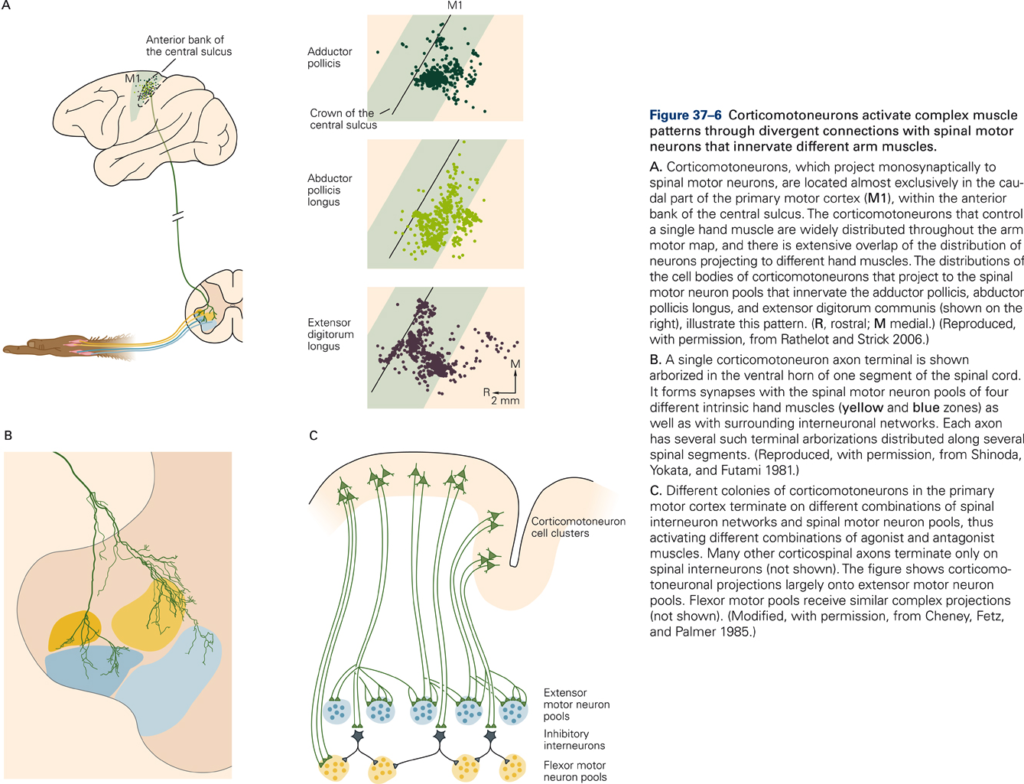 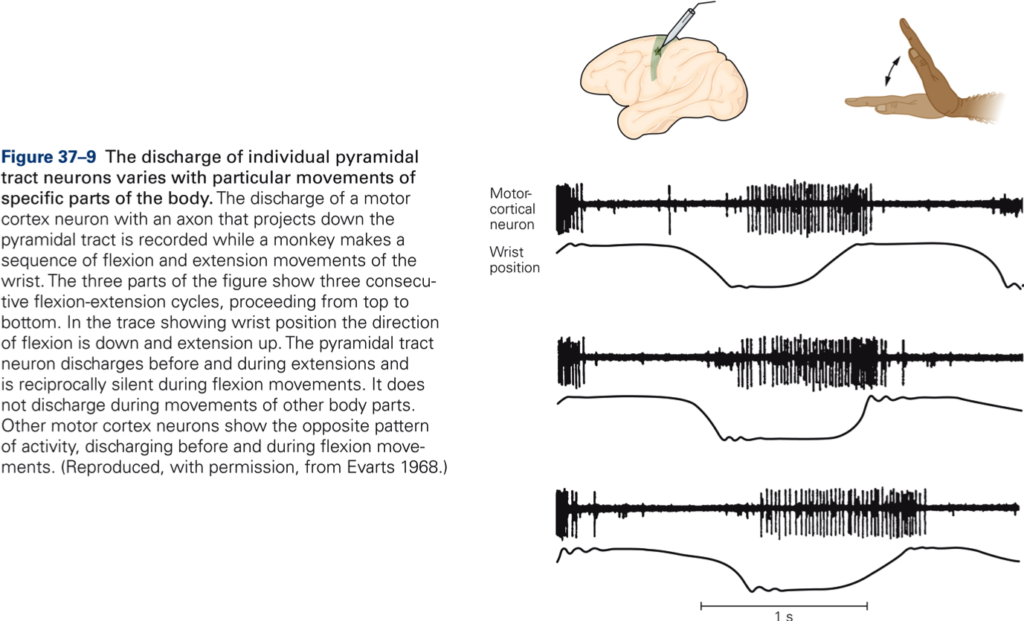 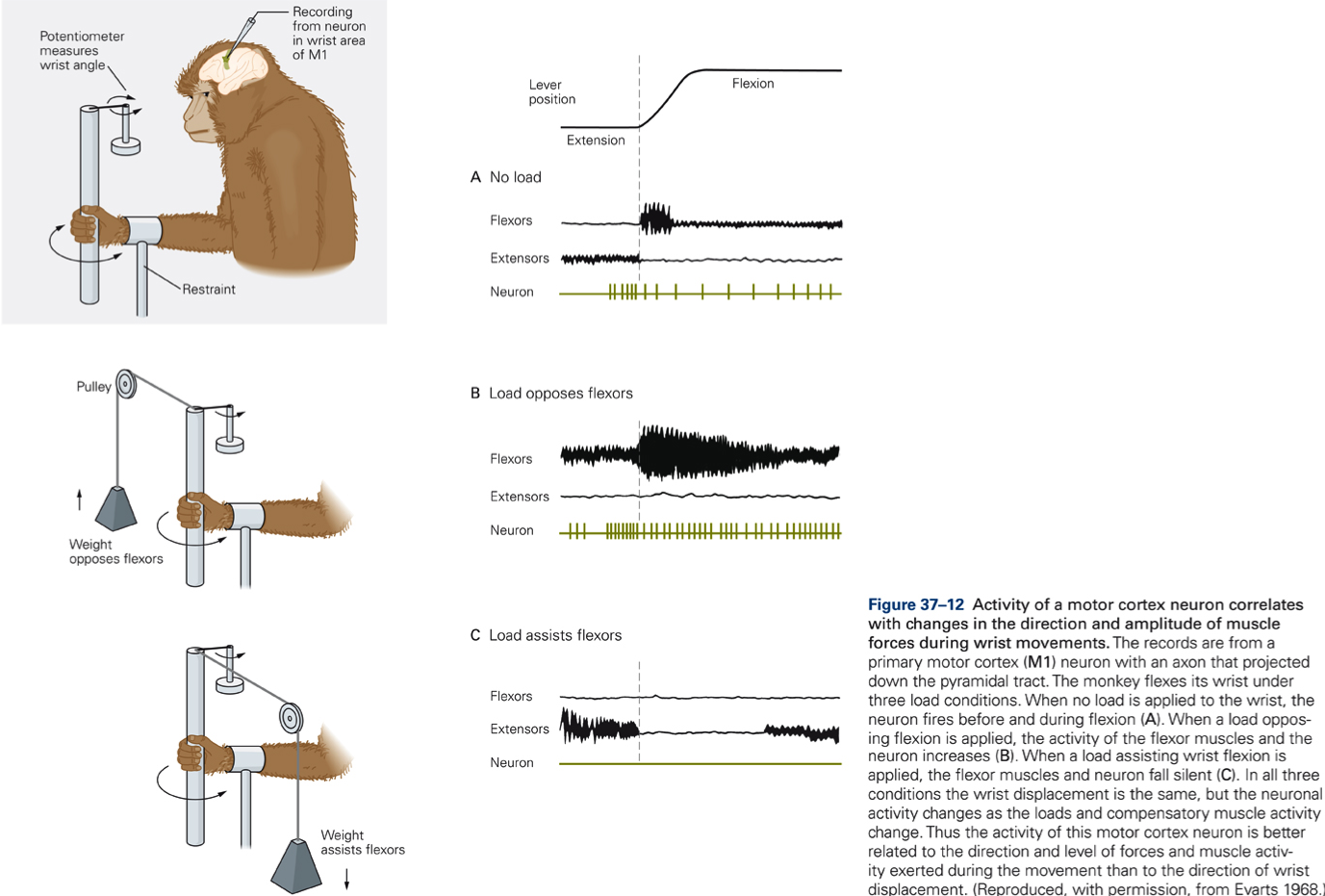 Individual neurons are broadly tuned for movement direction, i.e. they are activated optimally for one specific (preferred) direction and are activated less for directions that differ from the preferred direction. 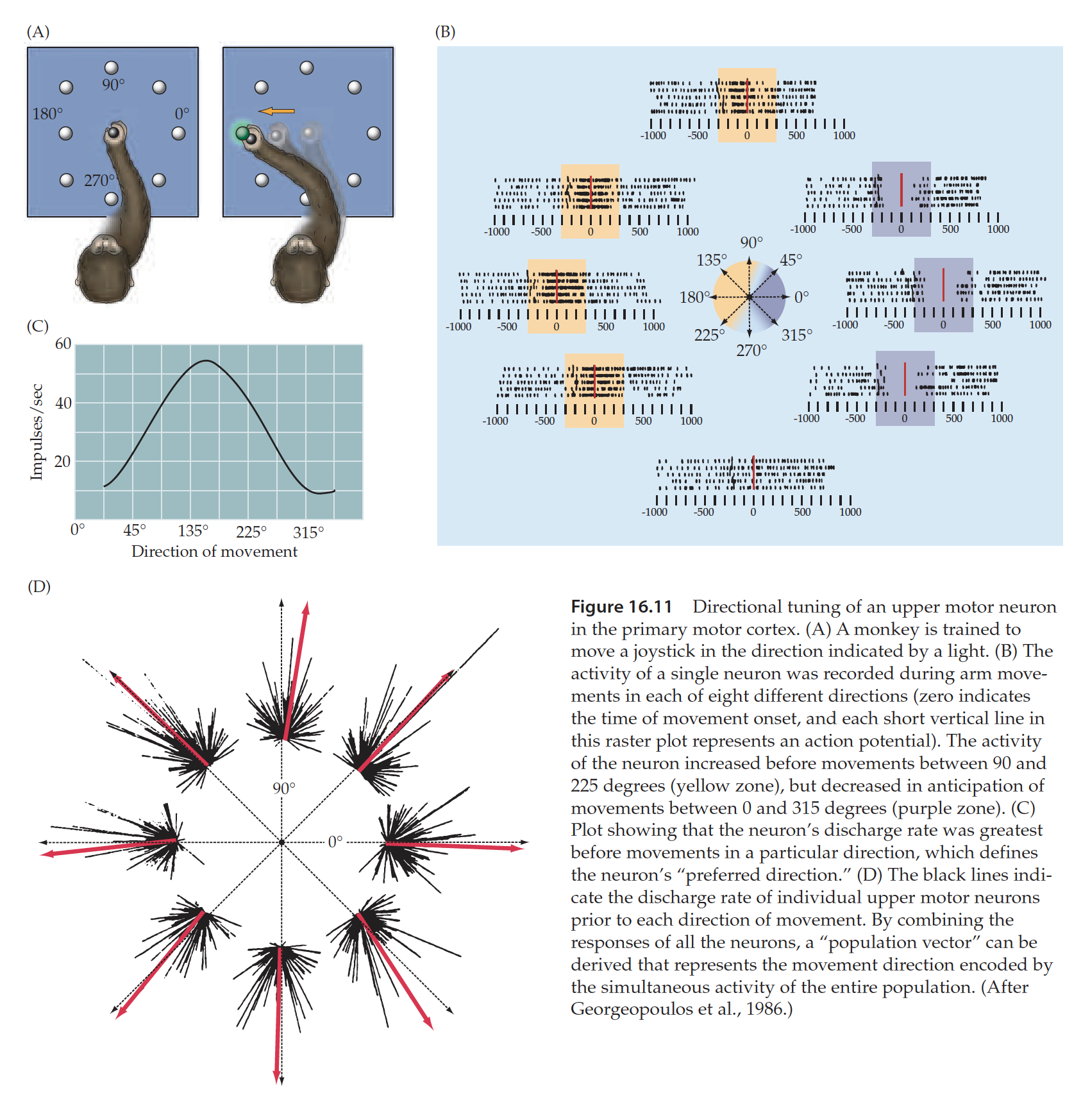 Discharge of an individual neuron can be represented by a vector (direction of vector points in preferred direction; length of vector is proportional to amplitude of discharge).  The sum of vectors (population vector) points in (predicts) the direction of the movement. 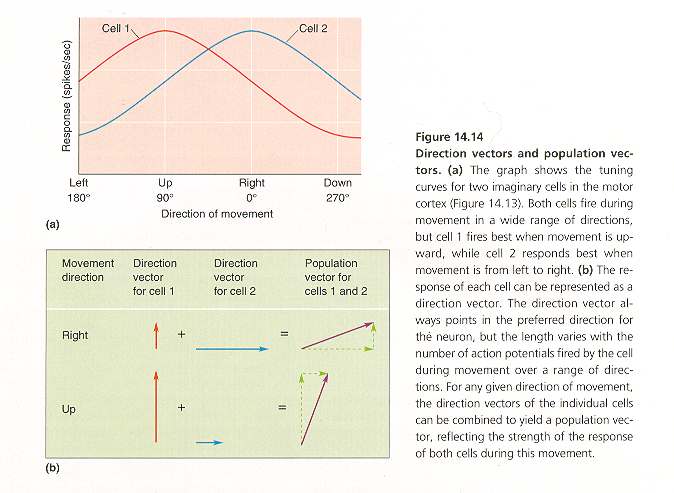