4. Eye movements that keep your gaze pointed towards an object of interest (e.g. saccades).

Saccades are very fast eye movements (400 deg/sec) that are usually of short duration. They point your gaze toward what you want to look at. Saccades are conjugate eye movements, that is, both eyes must move together, for example rightward or leftward. 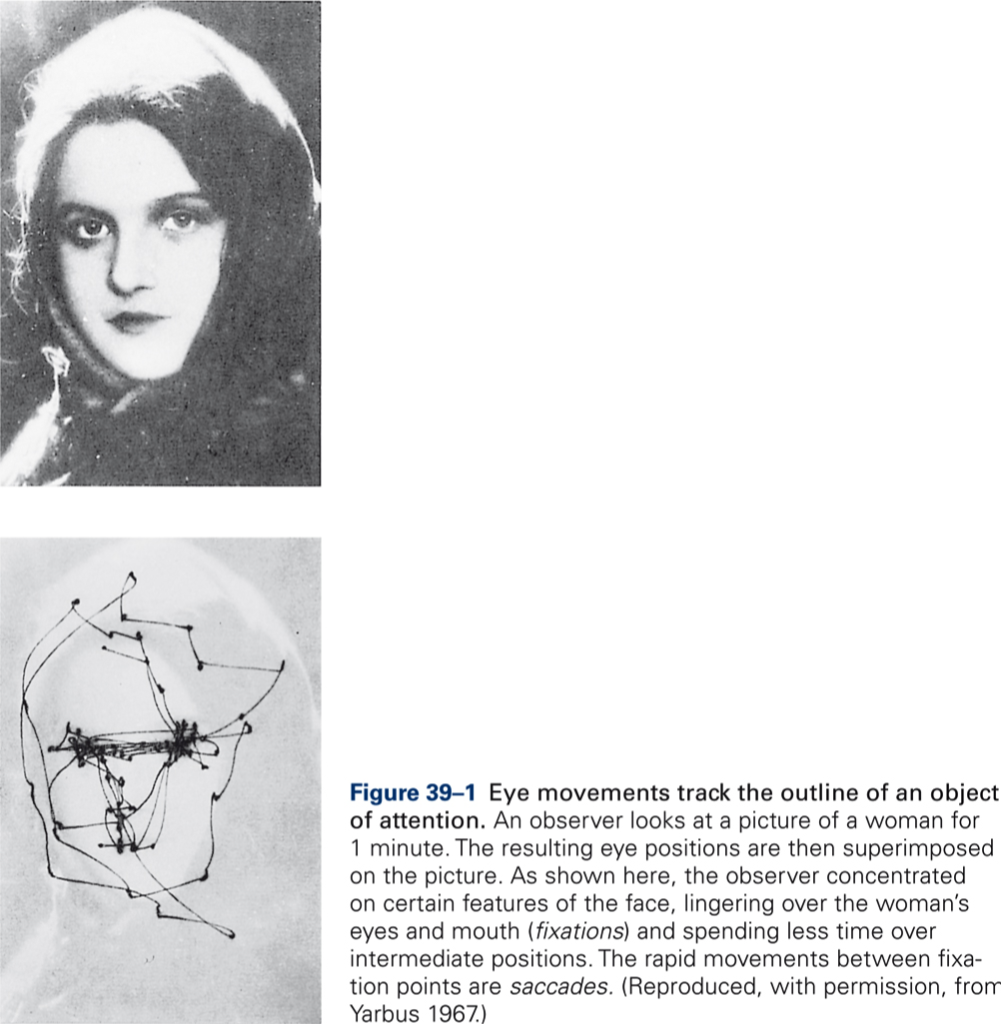 To understand how eye movements are produced and controlled we need to know something about the muscles that move the eye. In many ways, eye movements are easier to study than movements of other body parts because each eye is moved by only 3 pairs of muscles. Also, there are only 3 degrees of freedom in eye movements (vertical, horizontal, and torsional). 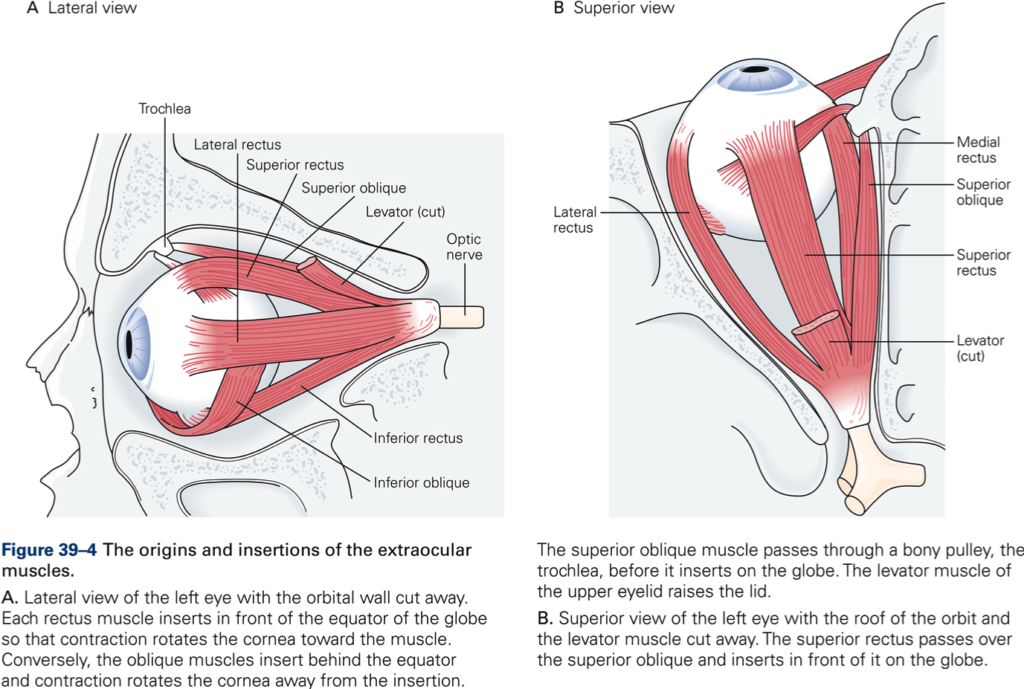 How do pairs of extraocular muscles produce conjugate eye movements? 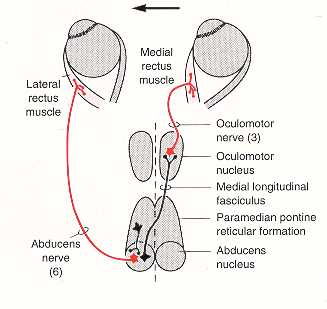 Example: Visual target is toward the left. 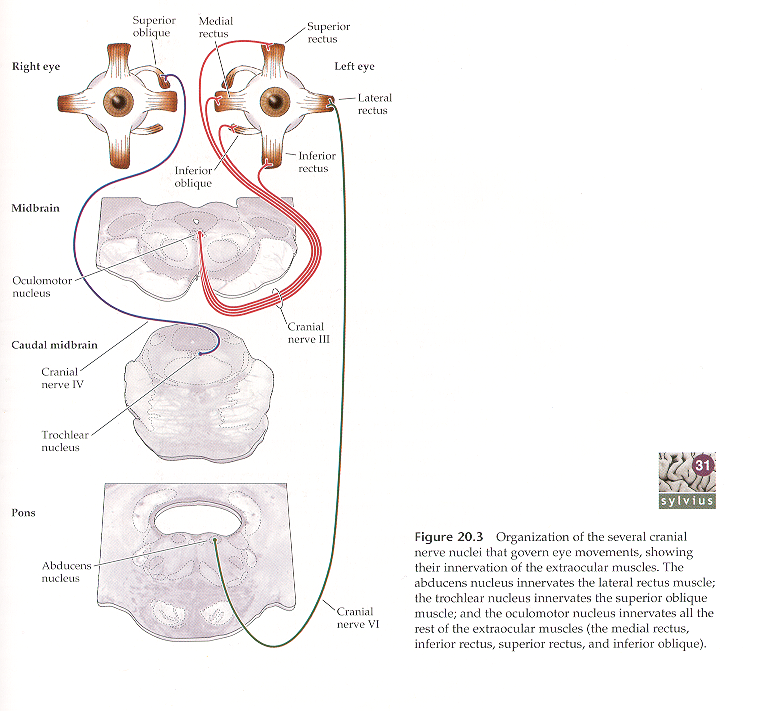 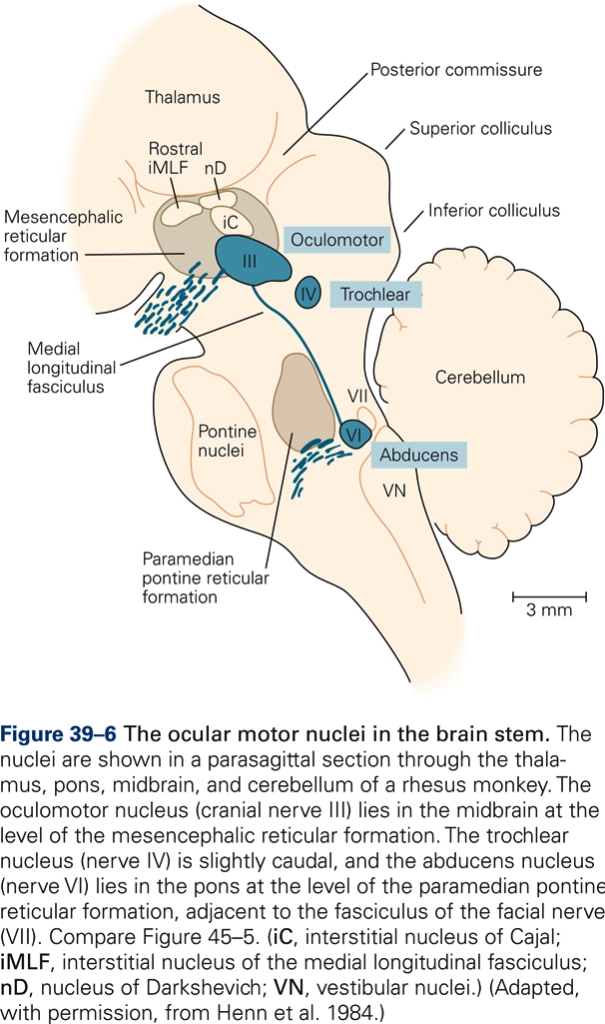 Movement field: part of the visual field to which the eyes move in response to activation of given region within the superior . 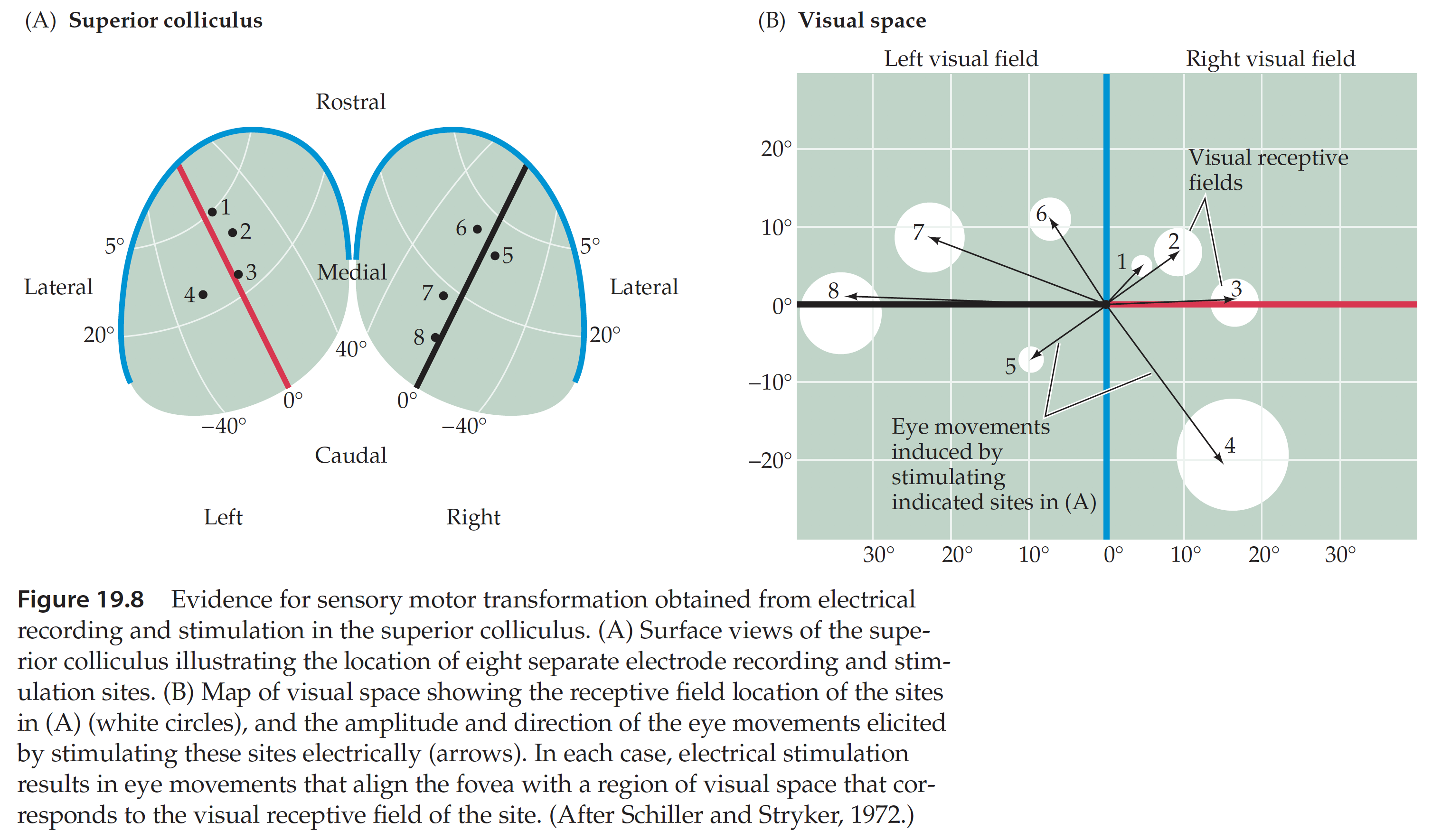 Neurons in the FEF increase their activity to a stimulus that become a targets of a saccade, but only when the monkey makes a saccade to the stimulus. Unlike superior colliculus neurons that discharge before all saccades, these neurons only discharge before saccades that are relevant for the monkey’s behavior. 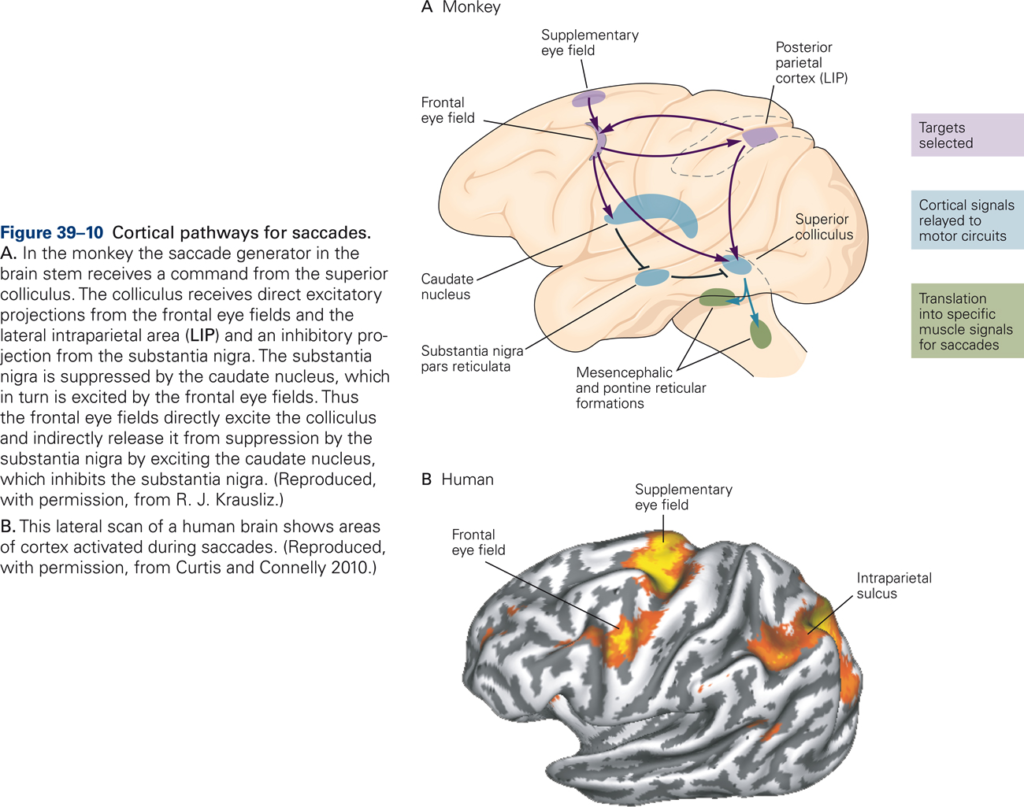 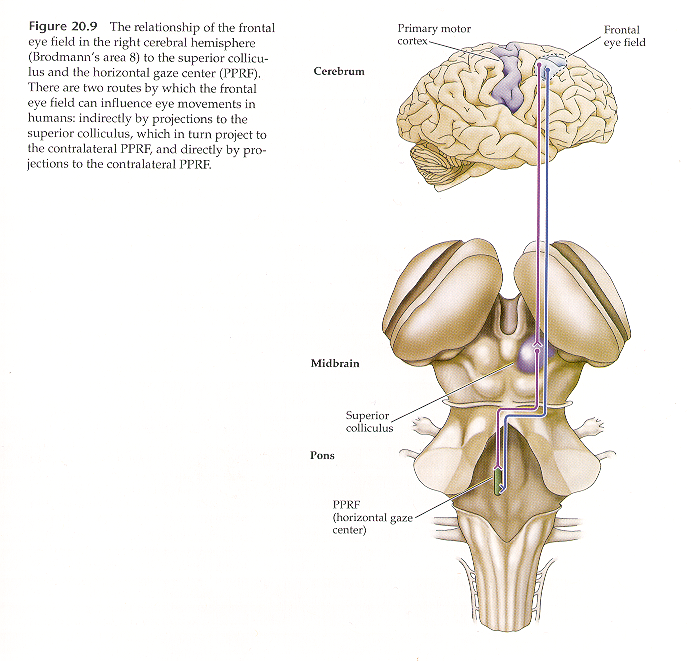