The cerebellum (CB) connects the higher levels of the motor control hierarchy with intermediate and lower levels.  The CB is important for the integration of sensory with motor signals – it receives input from all sensory systems and its outputs target all structures involved in the generation of movement.

Independent of the transverse, lobular arrangement, three major sagittal divisions are recognized. The central longitudinal strip of cortex is the vermis. On each side, the vermis is divided from the lateral cerebellar hemispheres by the narrow pars intermedia. In humans, the hemispheres are so highly developed that they obscure pars intermedia and much of the vermis. 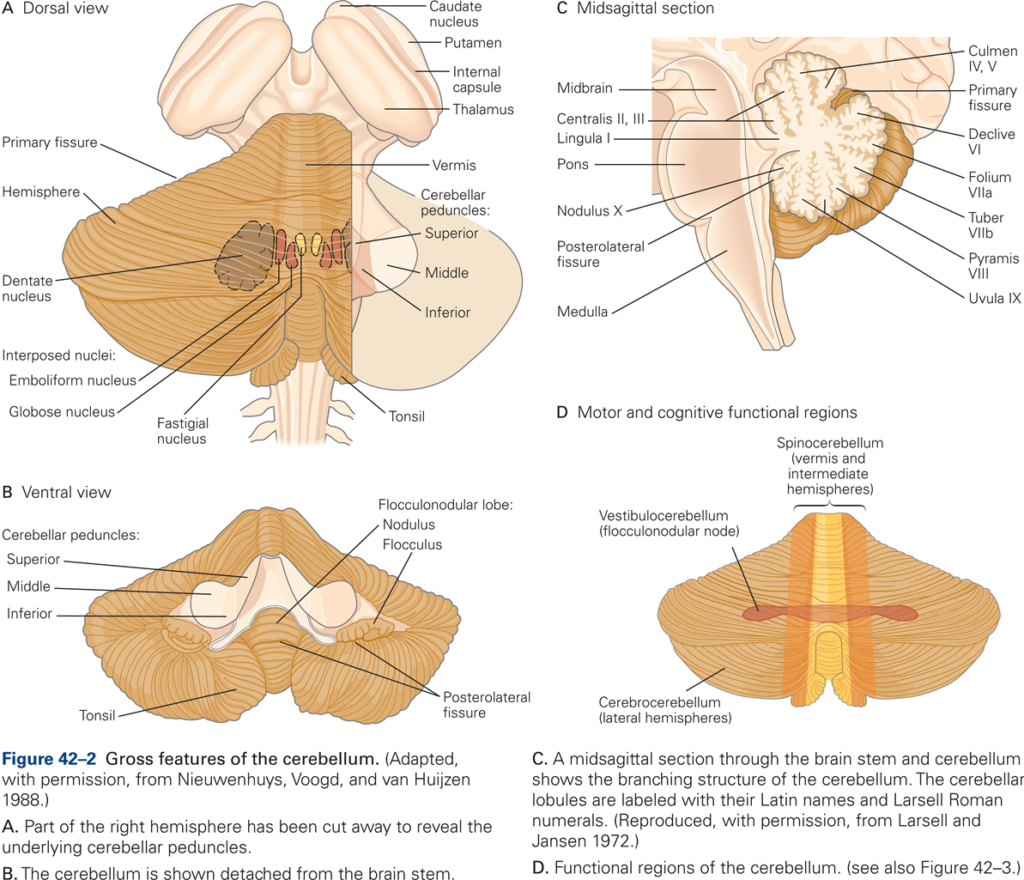