Area 5 and 7 are referred to as the Posterior Parietal Cortex (PPC). The parietal lobes are located between visual and somatosensory areas and receives input from both; they integrate visual and somatosensory information.  Their main projection targets are premotor and motor cortical areas; therefore, lesions/damage of parietal cortices has profound effects on voluntary movements.

Function  as deduced from recording discharge of neurons in trained monkeys 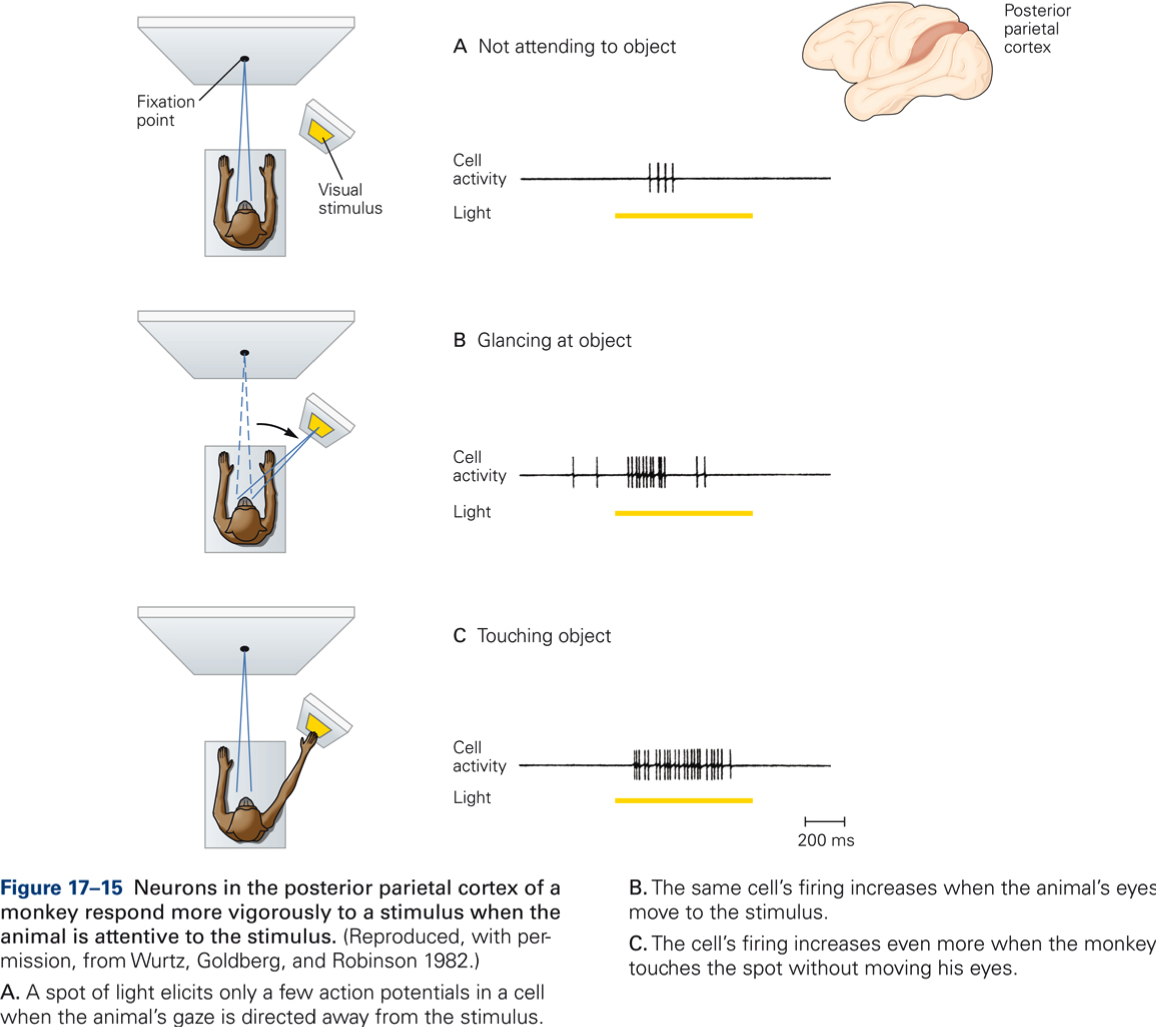 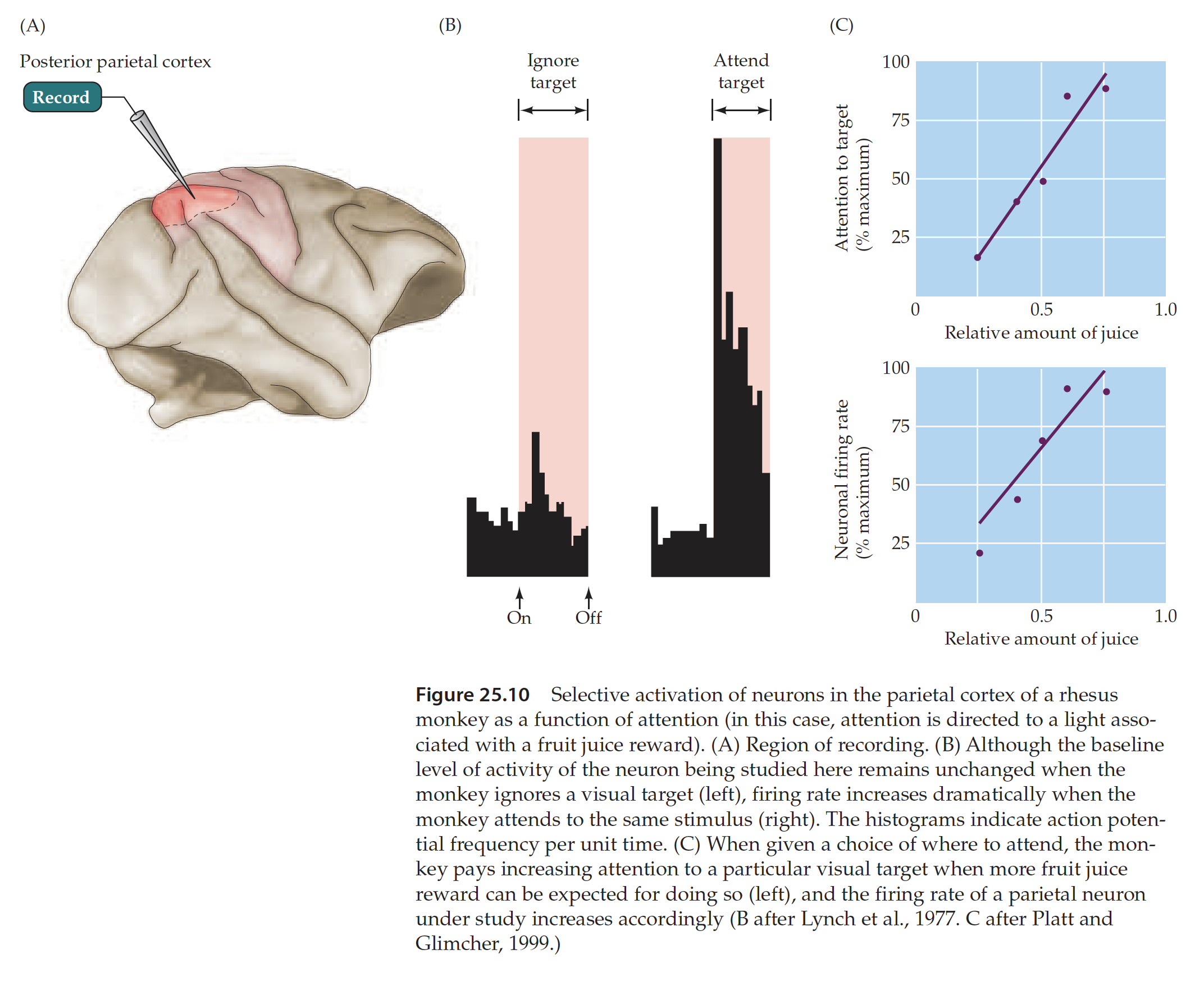 In this video excerpt from NOVA scienceNOW: “How Does the Brain Work?” scientists team up with magician Apollo Robbins to research how our brains decide what to pay attention to. Test subjects are asked to watch a video of Apollo making a coin disappear while their eye position is measured 500 or 1,000 times a second. Neuroscientists learn that when people are visually tracking movement (like a magician moving a coin) there is more than one type of brain cell involved—one tracks motion and the other suppresses the background scene. [Source: PBS NOVA scienceNOW]

Right and left hemispheres are not equivalent in function: left hemisphere is dominant for language and mental functions; the right is dominant for spatial relations and emotions.  Therefore, lesions of association area of left side produce different set of symptoms than lesions right.  In general, lesions produce deficits in the transformation of sensory stimuli to adequate actions.

Impairment in understanding  the interpretation (meaning) of stimulus, but not sensory experience as such, i.e. inability to perceive objects through otherwise normally functioning sensory channels.

Impaired ability to use tools 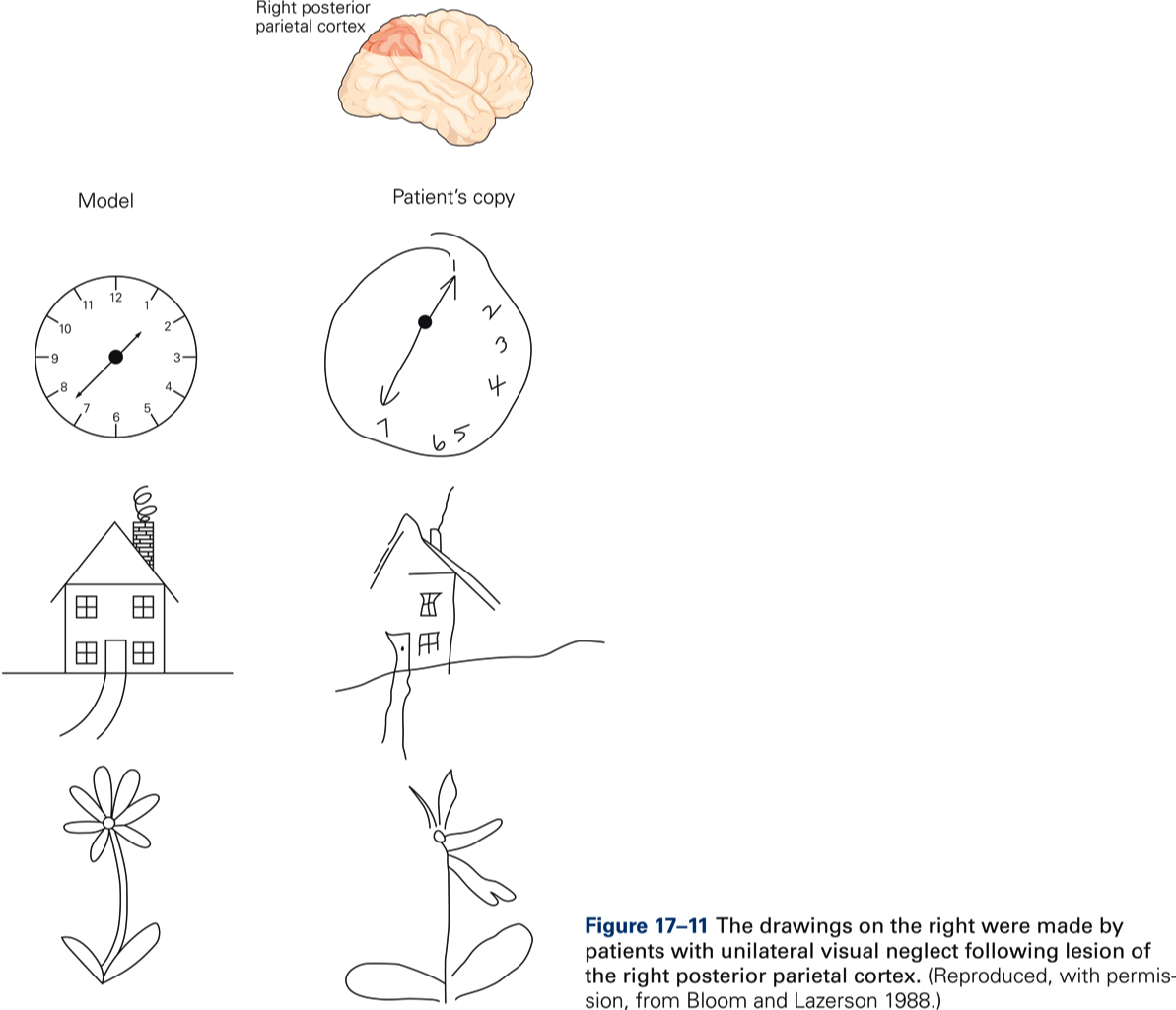 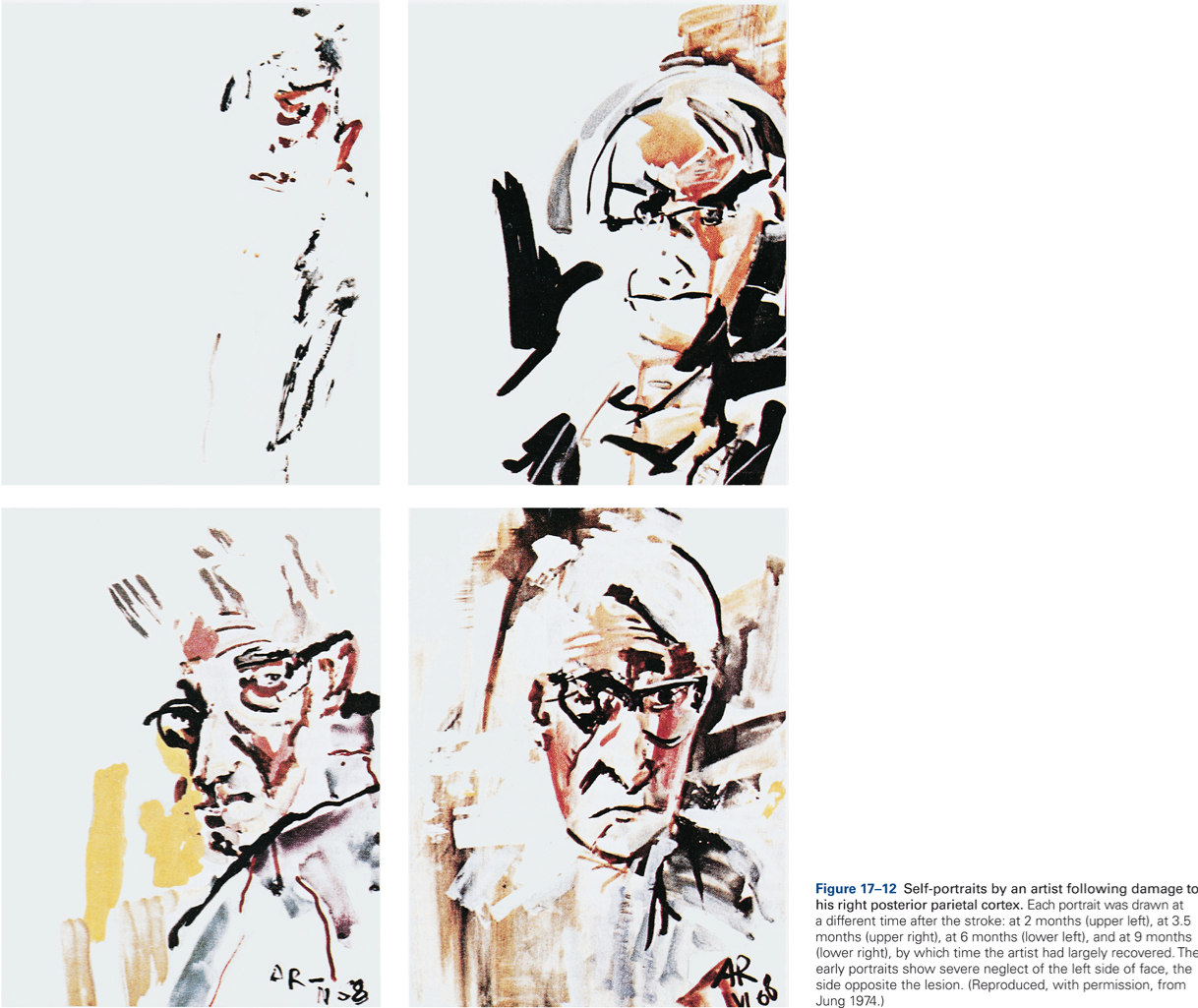 A stroke can sometimes leave people with a syndrome known as hemispatial neglect as a result of damage to the parietal lobe on the right or left side of their brain. The damage means the brain ignores people, sounds, and objects on one side. Two patients explain the disruption to their everyday lives, and Dr Paresh Malhotra of Imperial College London describes his research into this baffling syndrome: https://www.theguardian.com/science/video/2012/dec/23/stroke-half-world-disappear-video.

Explore the theories of human consciousness and the science of how your brain works to create a conscious experience. Patient P.S. suffered a stroke that damaged the right side of her brain, leaving her unaware of everything on her left side. If someone threw a ball at her left side, she might duck. But she wouldn’t have awareness of the ball or know why she ducked. Where does consciousness come from? Michael Graziano explores the question that has vexed scientists and philosophers for centuries.