Receives information from all modalities and about motivational state.  The overall function of the prefrontal association area is to weigh consequences of future actions and act accordingly, that is, select appropriate responses. 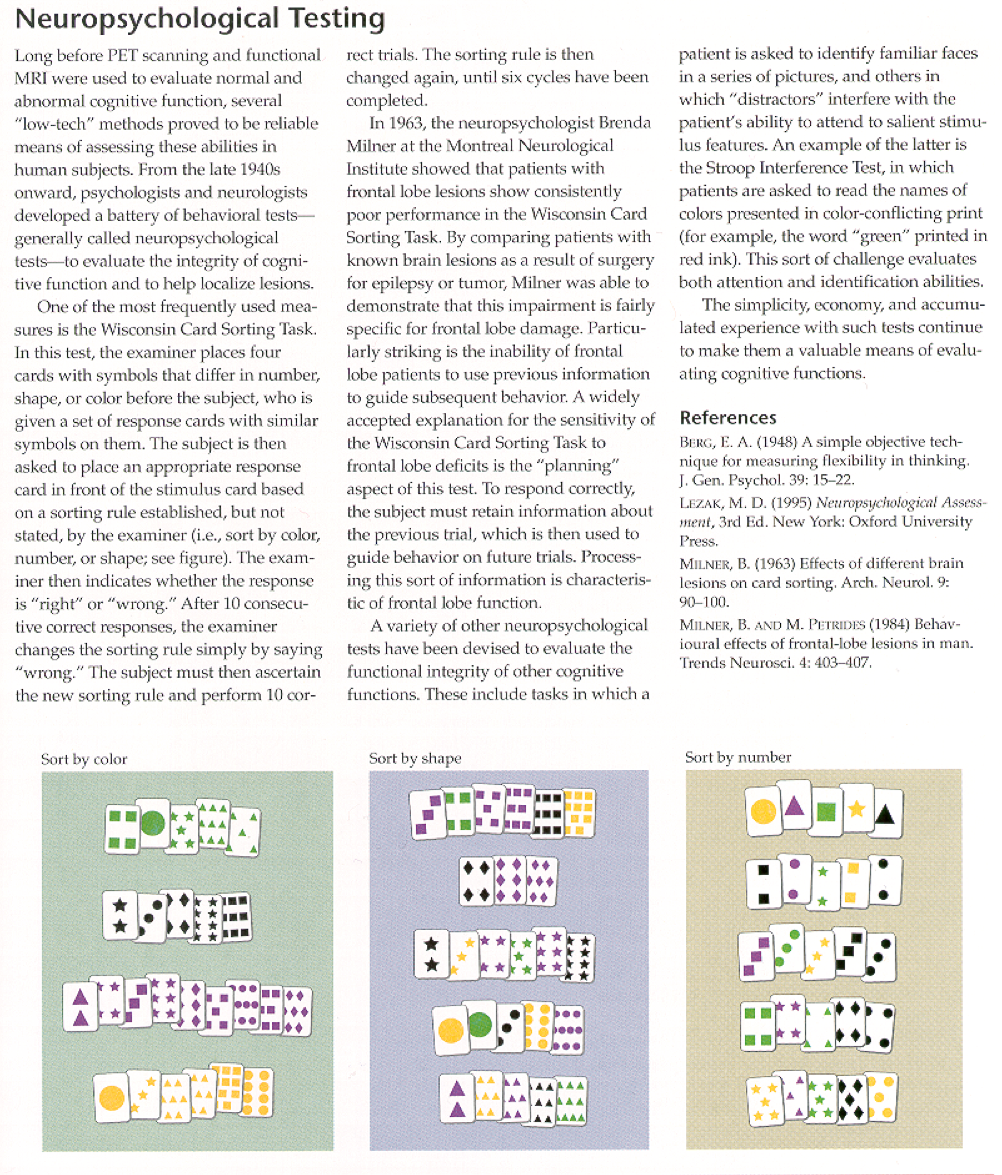 Lack of delayed spatial response test. Hungry animal is shown food.  Food is then placed under one of two containers.  After a delay, monkey is allowed to select container.  Monkey with prefrontal lesion does poorly on this task. The prefrontal association area is important for working memory (i.e. a specific form of short term memory used for temporary storage of information that is used to guide future action).  Deficits are specific for task that involves both delay and spatial aspects. Successful execution of delayed response task requires multiple skills: 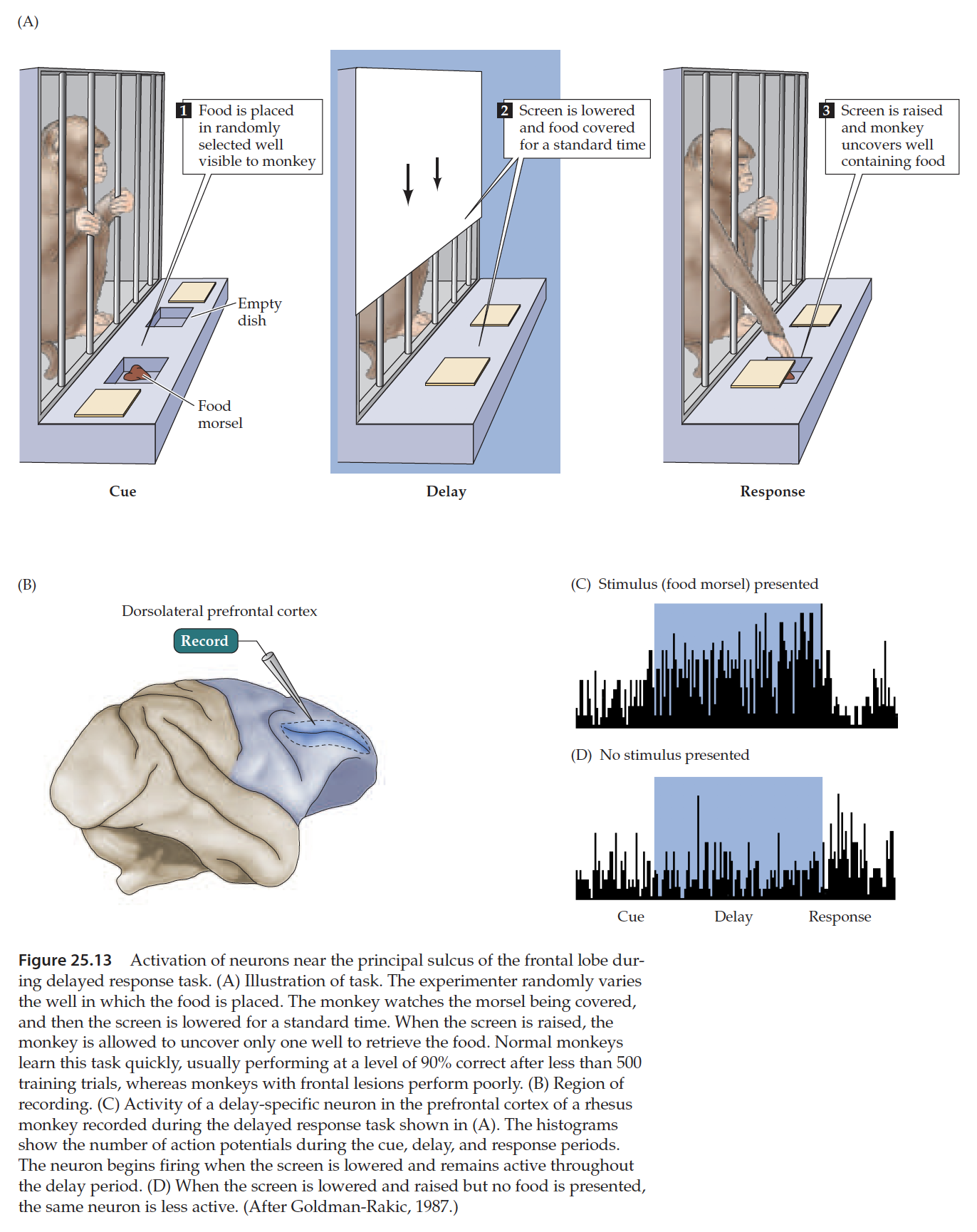