Structure of the synapse

Axons have terminal swellings called boutons, which contain synaptic vesicles. Synaptic vesicles contain the chemical signal in the form of molecules called neurotransmitters or transmitters. They are called transmitters because they transmit the neural signal from the signaling cell, which is called the presynaptic cell, to the receiving cell, which is called the postsynaptic cell. The narrow space between the membrane of the signaling cell and the membrane of the receiving cell is called the synaptic cleft (20 nm). Together, the presynaptic membrane, the synaptic cleft, and the postsynaptic membrane are called the synapse.

For a molecule to be considered a neurotransmitter, it has to fullfil the following criteria: 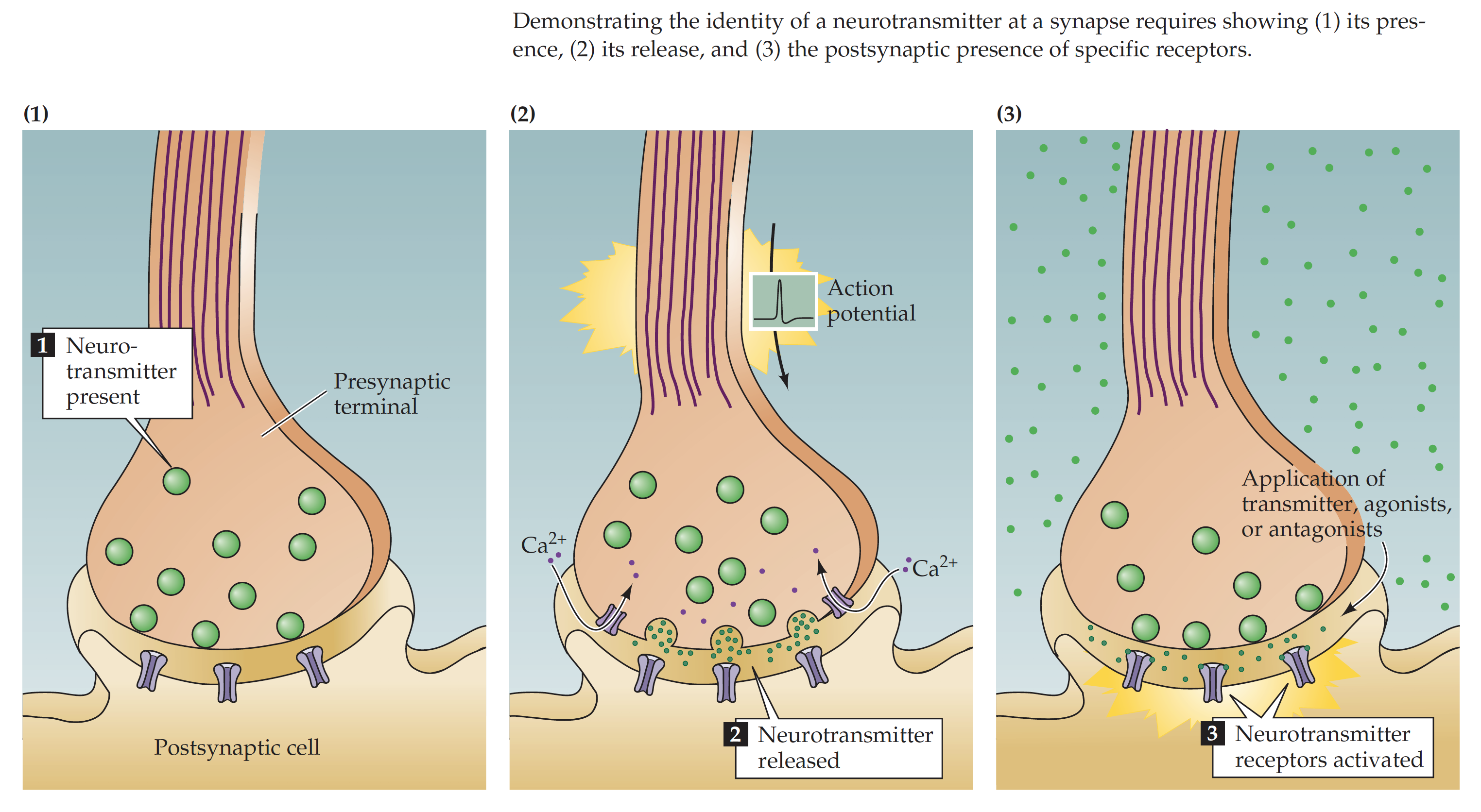 There are two broad classes of neurotransmitters: small molecule and large molecule transmitters. 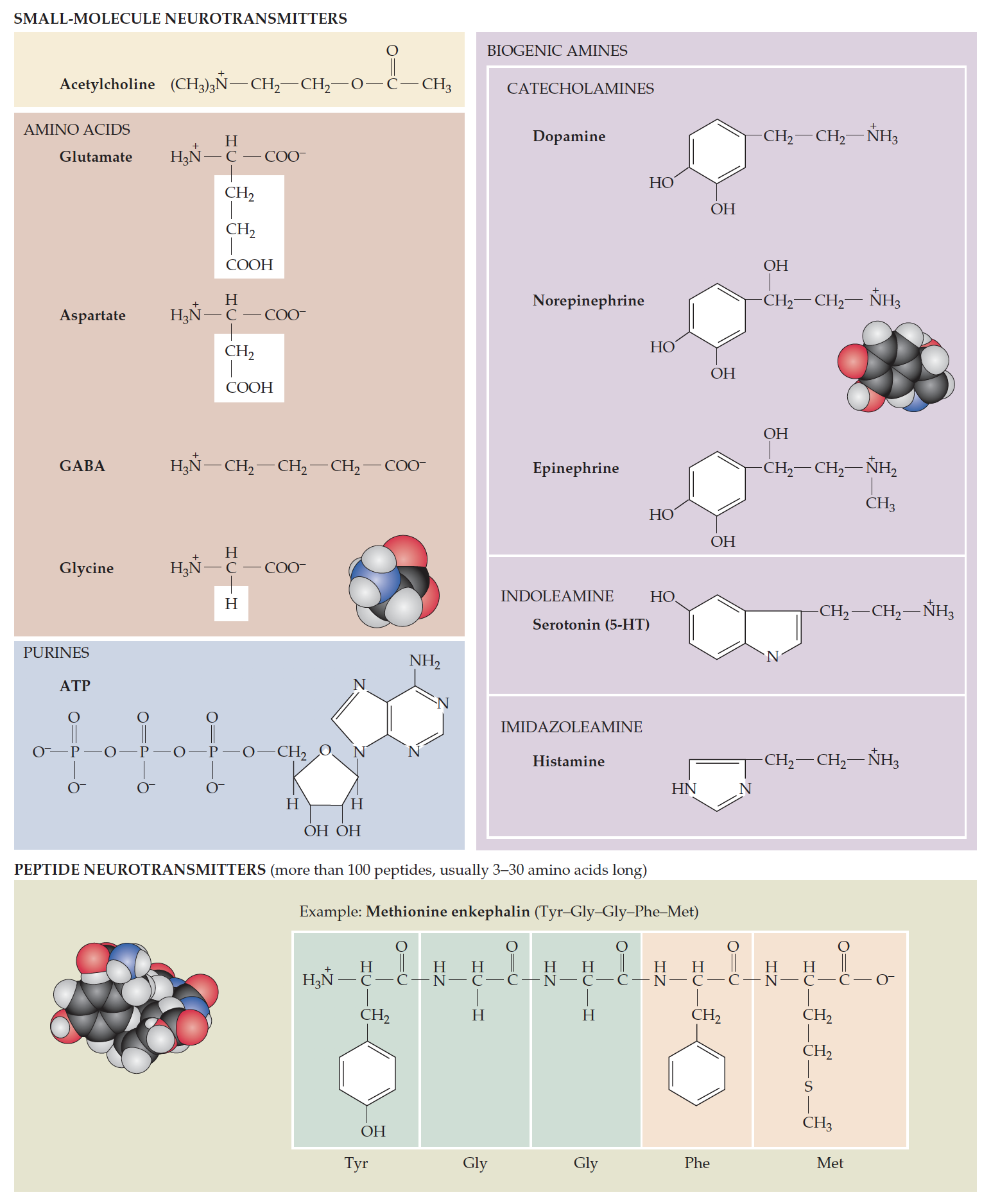 Synaptic transmission at neuromuscular is simpler than that at synapse between two neurons because:

Electrochemical signals involved in encoding stretch of a muscle