Functional organization of the visual pathways

Retinal ganglion cells (RGC, output neurons of retina) project via the lateral geniculate nucleus (LGN) to the primary visual cortex (= area 17).  RGC axons carrying information from half of the visual field from each eye combine at the optic chiasm.  The information is transmitted via the LGN to the visual cortex in the opposite hemisphere of the brain. 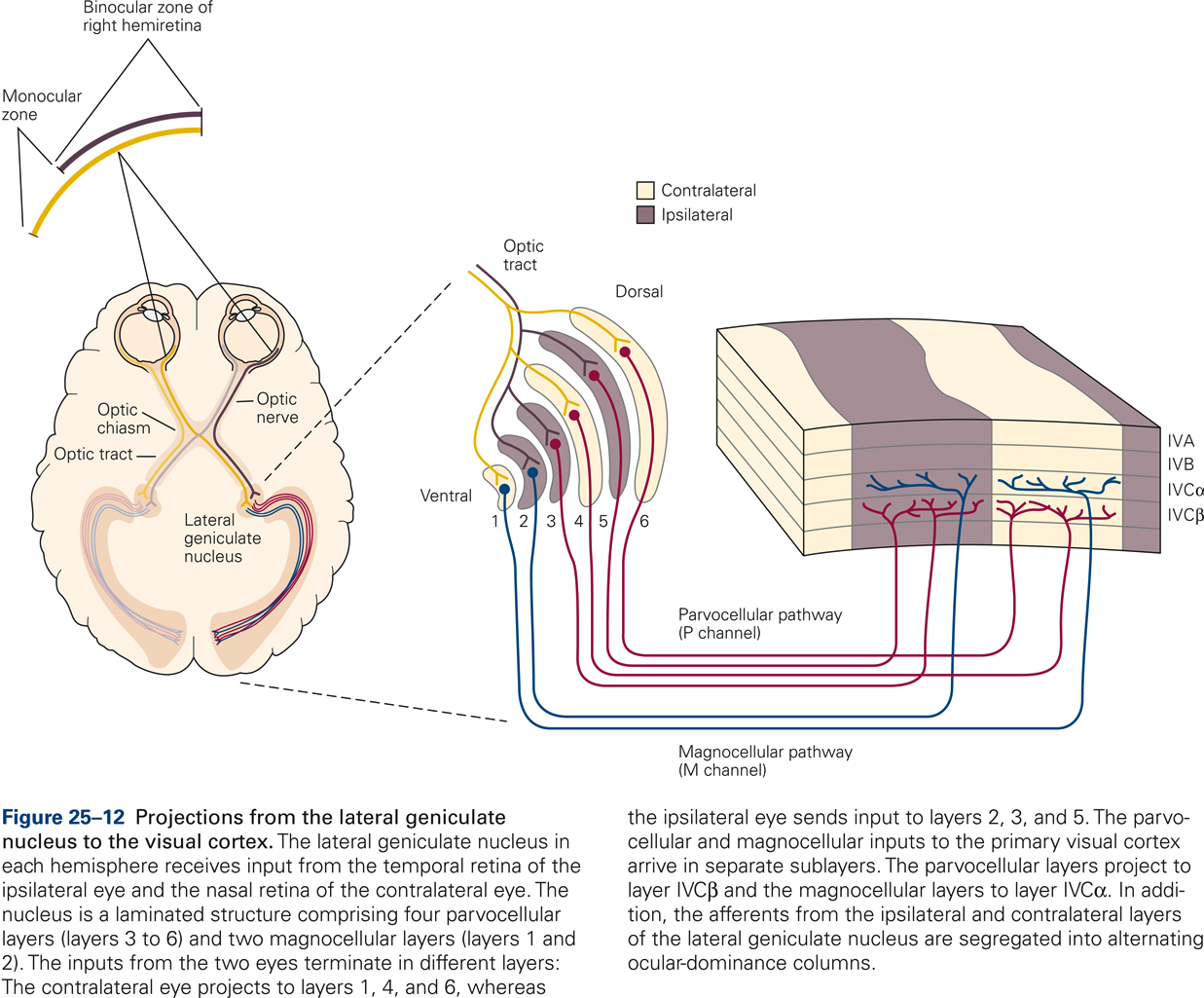 Central parts of the visual field are overrepresented 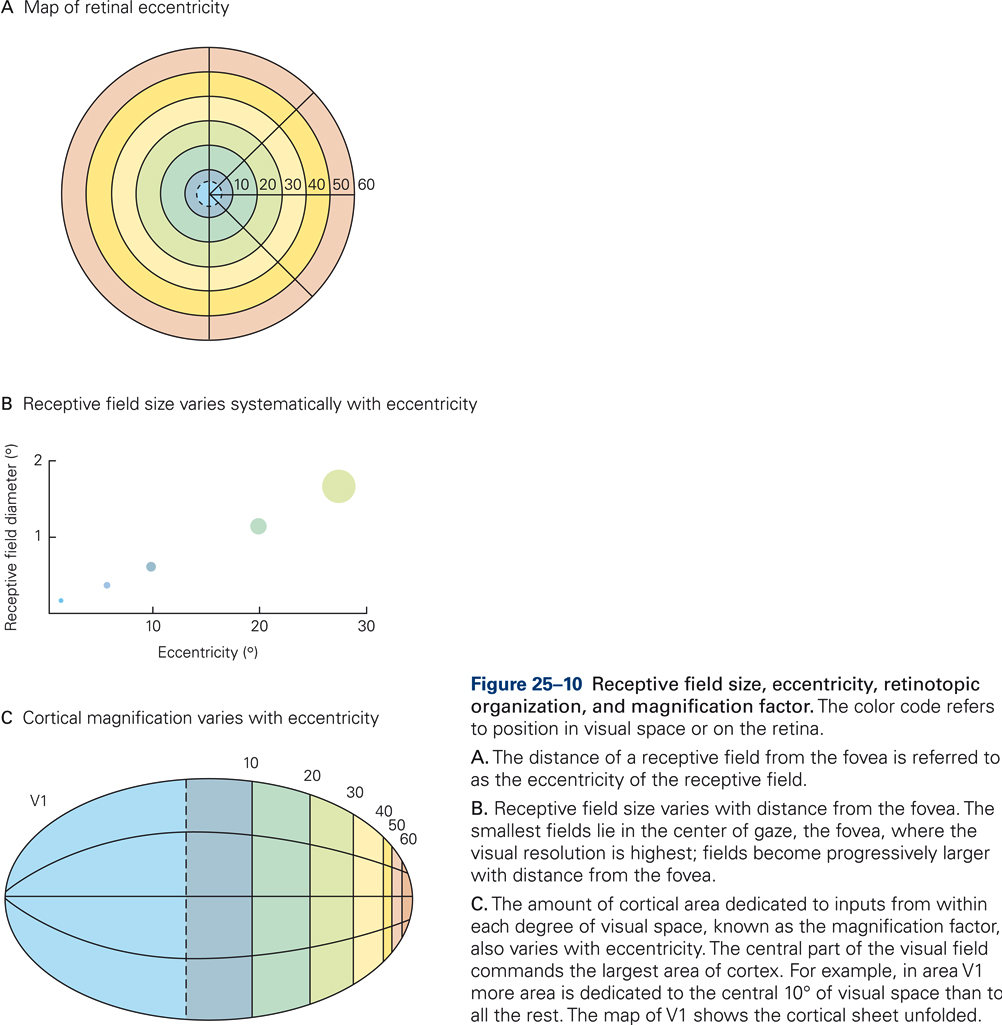 The central part of the retina (fovea) provides the highest spatial resolution of the visual world.  The density of RGCs in the fovea is higher than in more peripheral regions, and the receptive fields of RGCs in the fovea are smallest.  In addition, RGCs in the fovea receive inputs from photoreceptors with the highest spatial resolution (cones).  As the information is passed along the visual pathways, from RGCs to LGN, to visual cortex, at successive stages more neurons are devoted to analyzing information from the central few degrees of vision (compare with the distortion in the somatotopic maps in sensorimotor cortices).

Information processing along the visual pathways 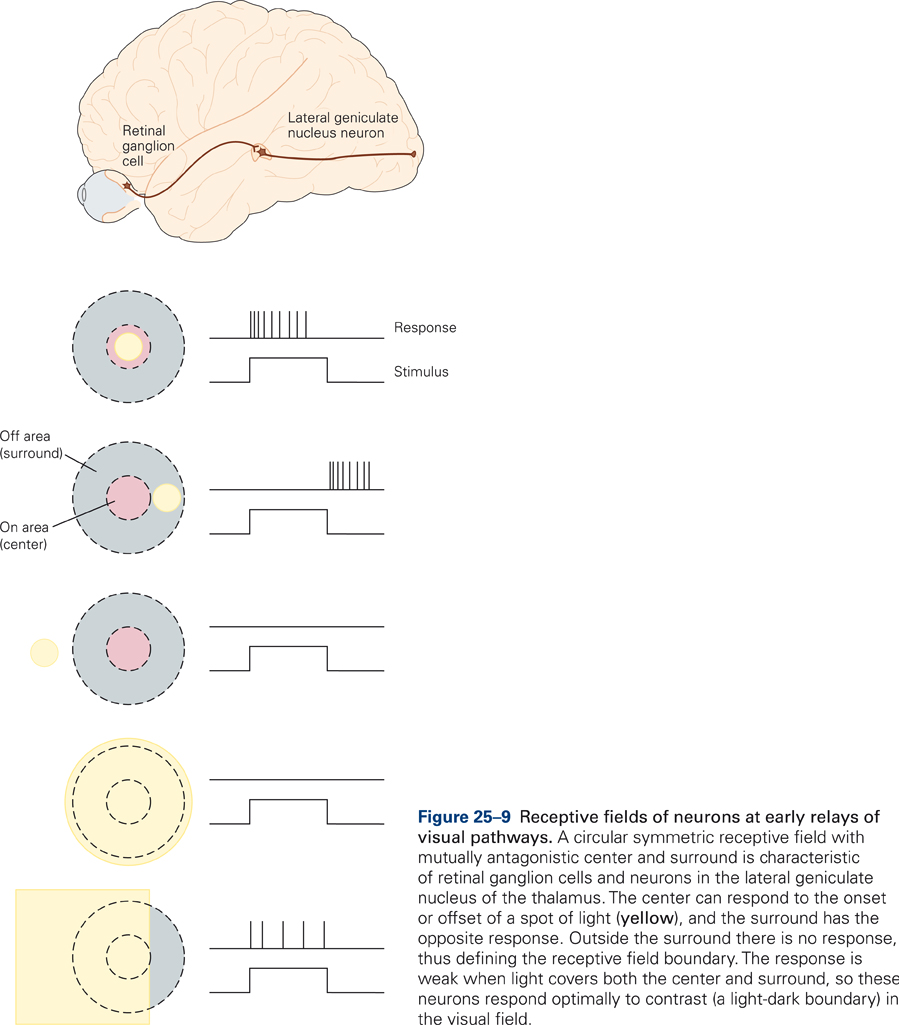 David Hubel and Torsten Wiesel, working at Harvard University, won the Nobel prize (1981) for their studies in the 1960s that revealed the functional architecture of the primary visual cortex.

Receptive fields of visual cortical neurons consist of excitatory and inhibitory regions that are rectangular. 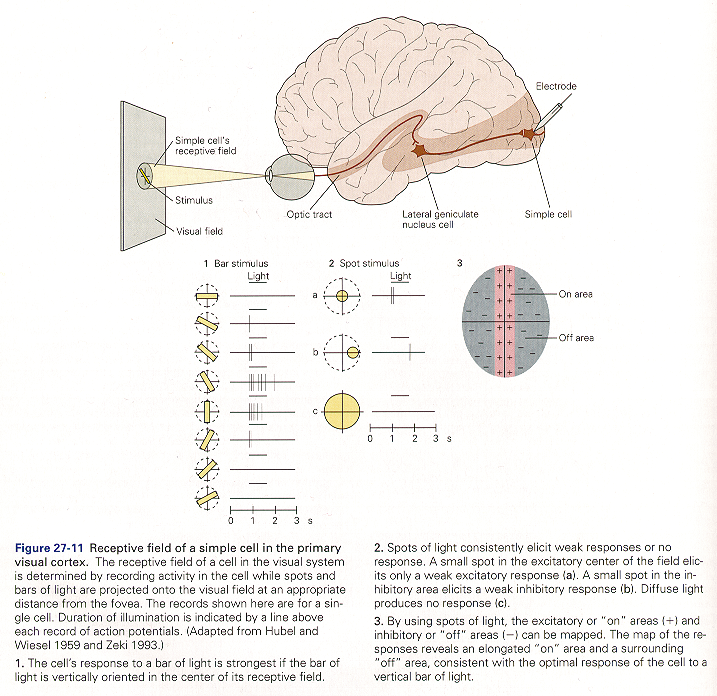 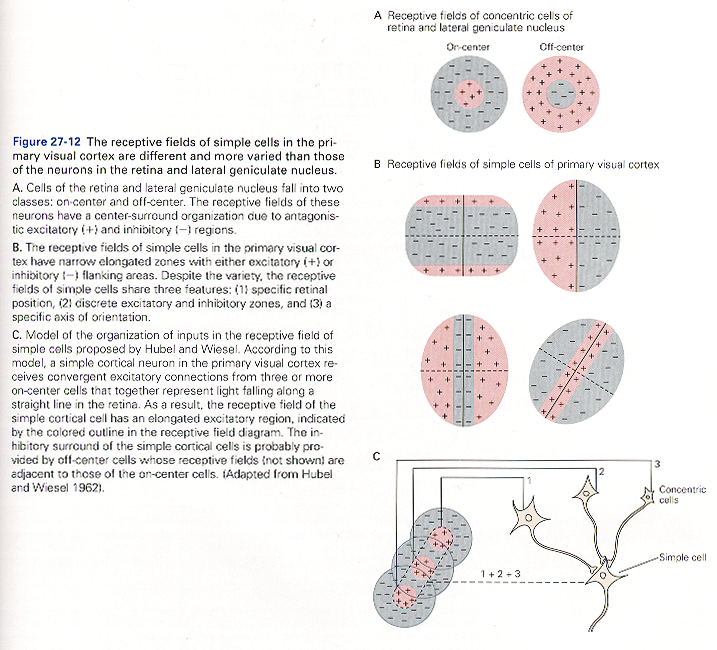 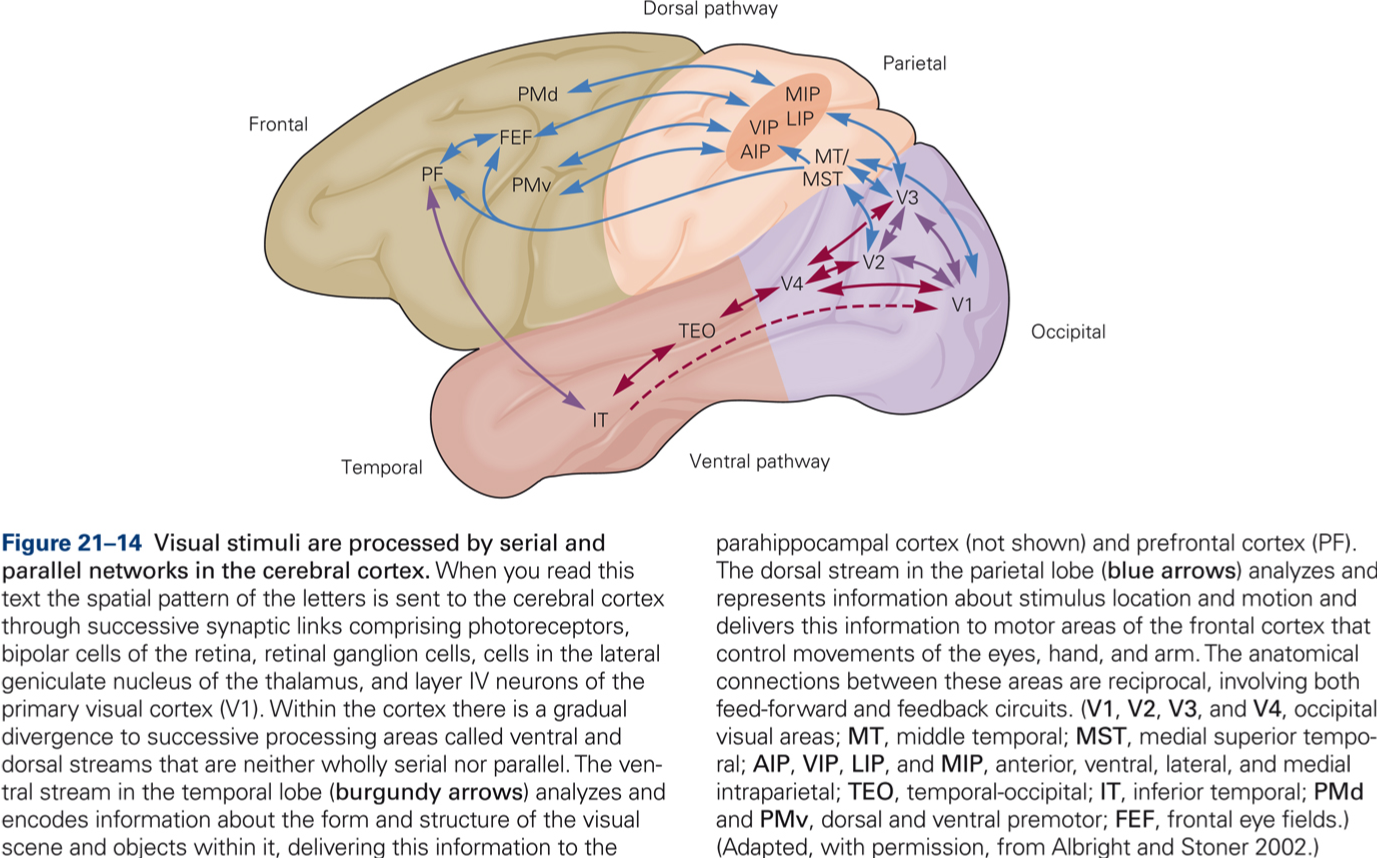 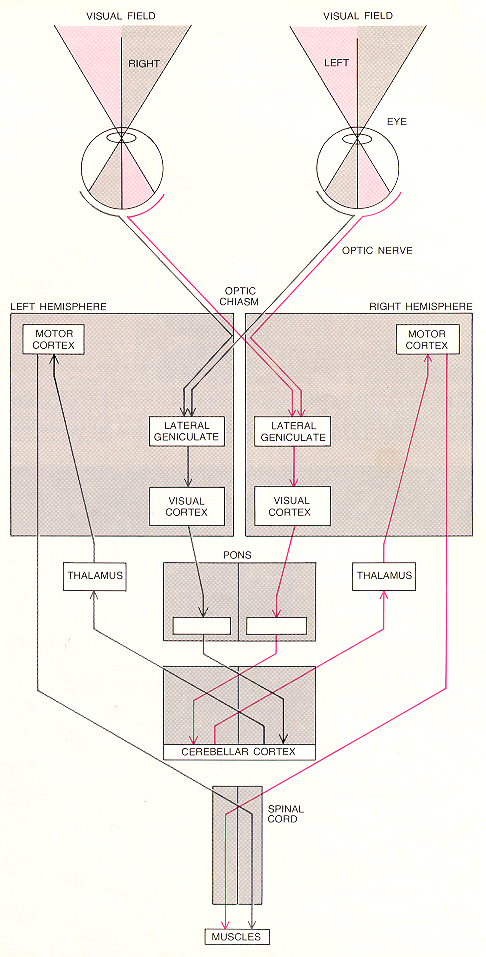 Cells in the pontine nuclei respond best to whole-field stimuli 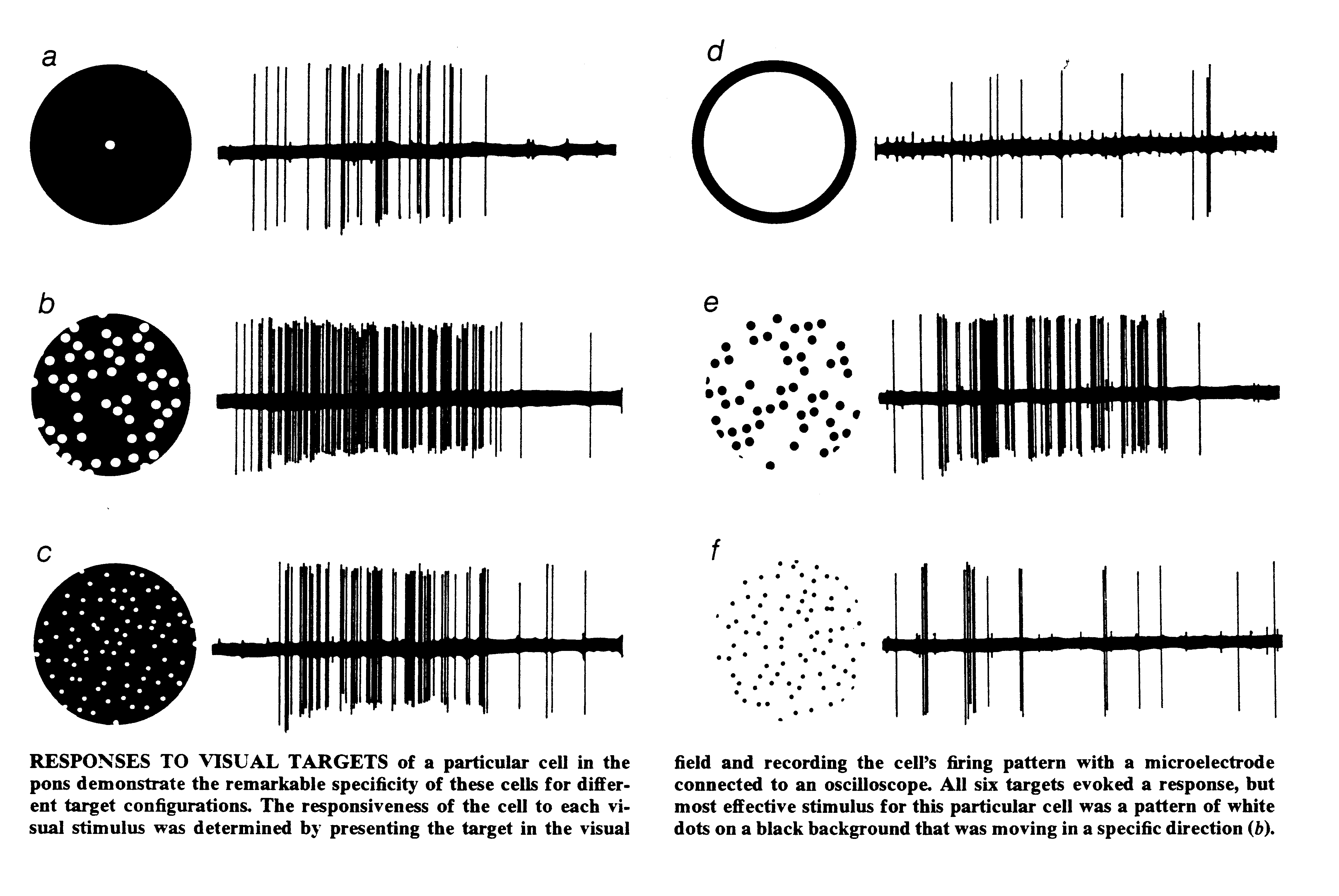 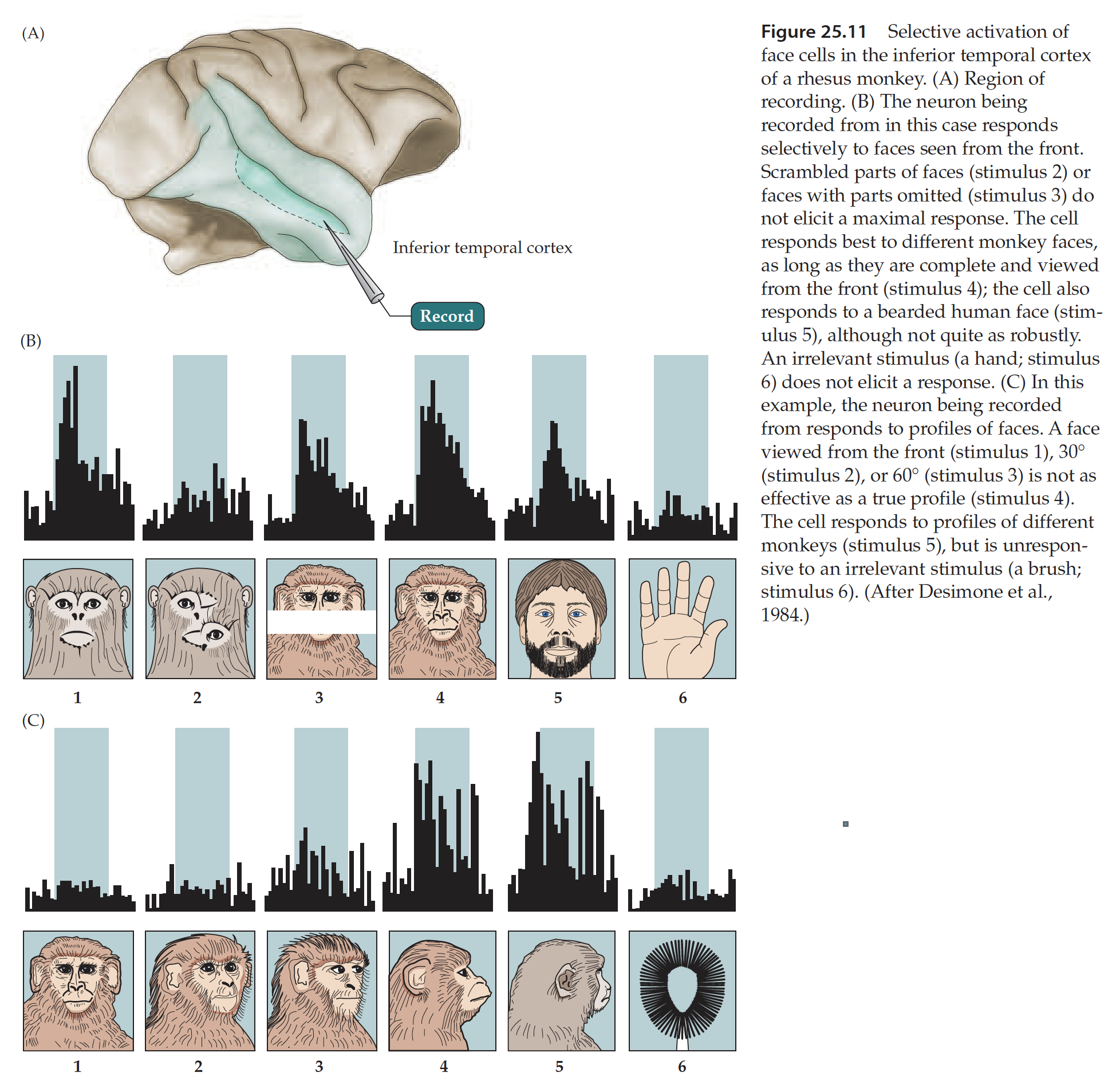