Complex integrative functions arise from a limited number of basic neuronal interactions such as:

These fundamental processes operate during communication between groups of neurons as well as in the communication of one neuron with another. The ways in which neurons are interconnected is modifiable (plastic) during development, and later through learning. Neuronal plasticity underlies individuality: each one of us is unique.

Facilitation involves excitatory synaptic interaction. So, when an AP invades the presynaptic terminal, Ca channels open, and the resulting increase in Ca2+ concentration determines how much neurotransmitter is released in the synapse which, in turn, determines the amplitude of EPSPs in the postsynaptic neuron. At low AP frequencies, the increase in [Ca2+] associated with any single AP has returned to baseline before the next AP invades the terminal. However, at higher AP frequencies, a burst of APs (rather than a single AP) invade the presynaptic terminal, which results in a cumulative increase in [Ca2+], and thus a cumulative increase in EPSP amplitude, with each subsequent AP. This process, that output increases with each subsequent AP, is referred to as facilitation: higher frequencies of action potentials release more neurotransmitter and thus produce larger amplitude graded potentials. Facilitation may last for seconds and therefore may contribute to longer term storage of information and to changes in responses during learning. In its simplest form, stored information here refers to the level of activity of the presynaptic neuron that immediately precedes the occurrence of each individual AP.

The neuron with the X through it (bottom) illustrates the overall effect on the post-synaptic, output neuron (in red). Here, during disfacilitation, the X refers to removing facilitation, thus reducing output of the circuit by decreasing activity of the post-synaptic neuron (red). During disfacilitation (top), facilitatory influences by neuron 2 (middle) on the output neuron (right, in red) are reduced through inhibition, exerted by neuron 1 (left) on neuron 2 (middle).

The neuron with the X through it (bottom) illustrates the overall effect on the post-synaptic, output neuron (in red). Here, during disinhibition, the X refers to removing inhibition, thus increasing output of the circuit by increasing activity of post-synaptic neuron (red). During disinhibition (top), inhibitory influences by neuron 2 (middle) on the output neuron (in red) are reduced through inhibition, exerted by neuron 1 (left) on neuron 2 (middle).

Example: Descending motor pathways transmit motor signals that produce movements. These motor signals inhibit (reduce) sensory input that is not needed in the production of the movement via presynaptic inhibition.

The divergence and convergence of neuronal connections represent a key principle in the organization of the brain. In the sensory systems the receptor neurons at the input stage usually branch out and make multiple connections with neurons that represent the second stage of information processing. Subsequent connections diverge even more. By contrast, motor neurons are targets of progressively converging connections. With convergence, the target cell receives the sum of information from many presynaptic cells. 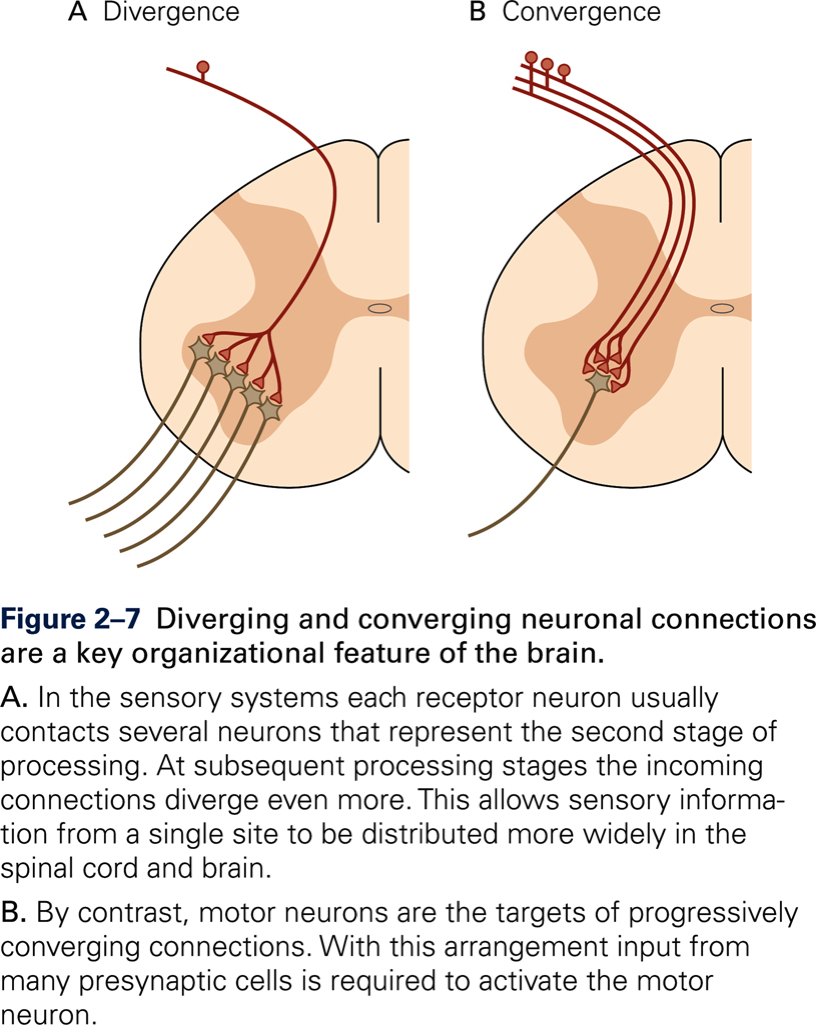 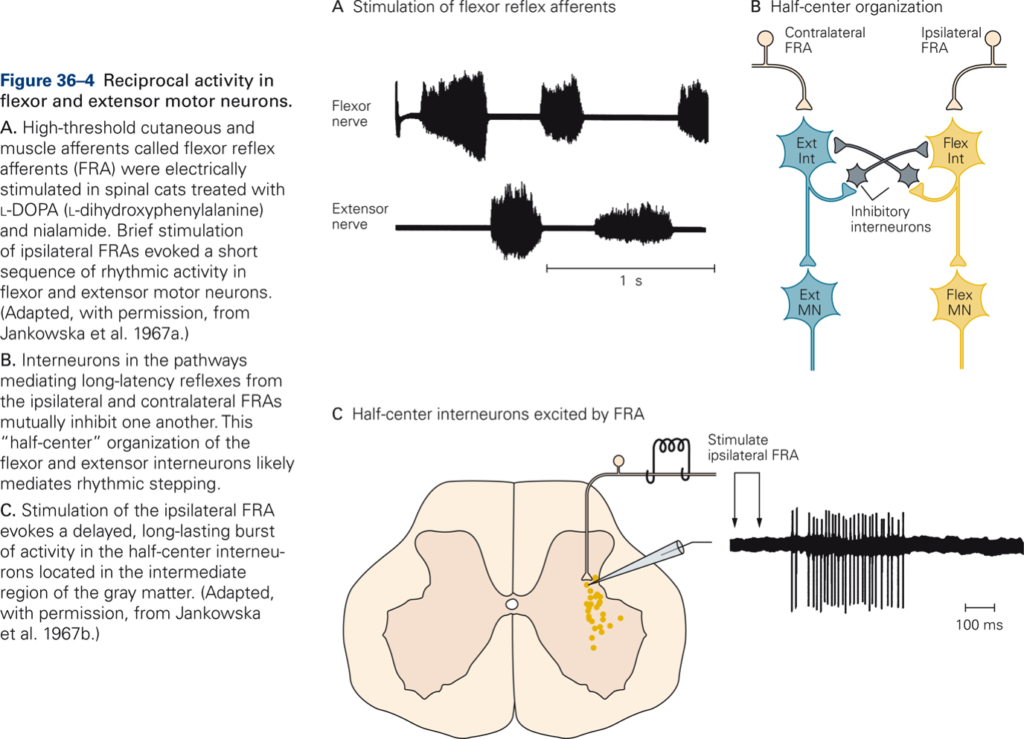