For the H2 molecule: there is one electron from each H atom, so there are two electrons in H2. There is only one lowest-energy MO, σ1s, therefore the two electrons, with opposite spin, will fill it. The ground state electron configuration of H2 is (σ1s)2. 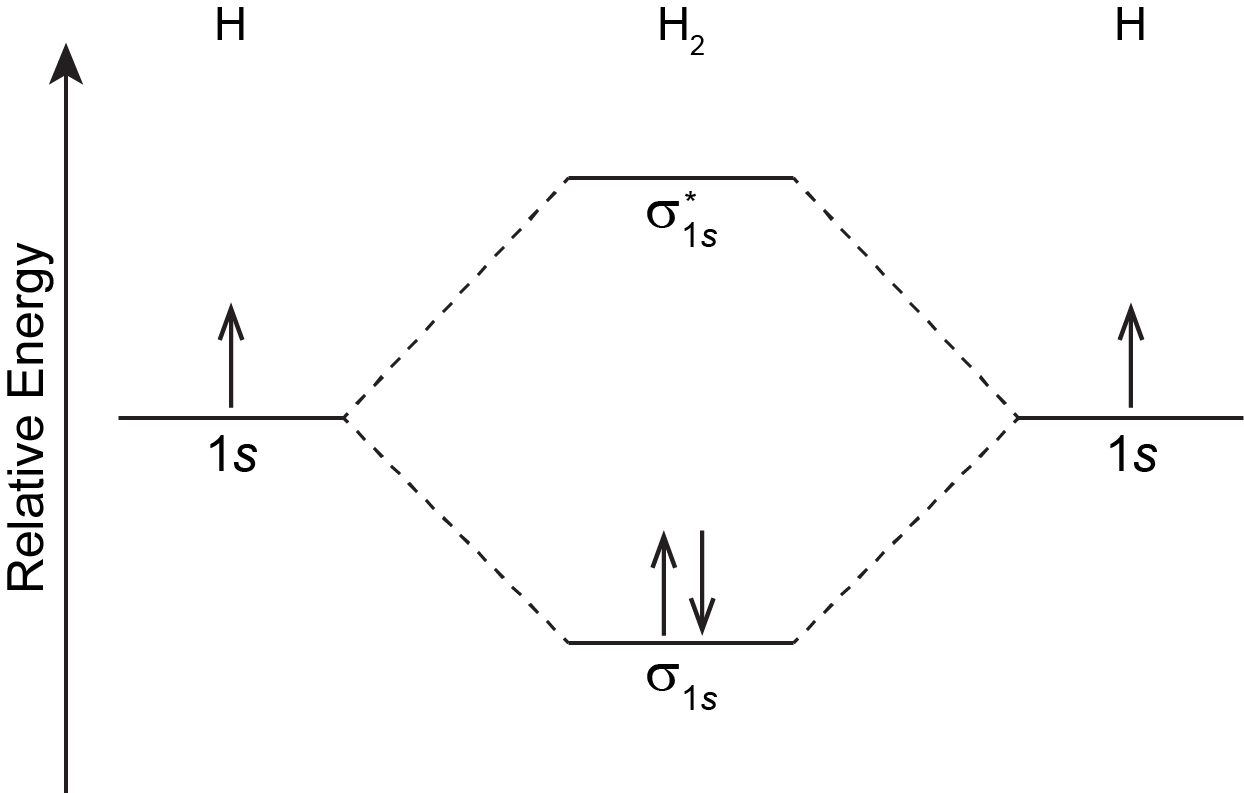 In Figure: MO Energy Levels in the previous section, and by convention in general, phases for occupied MOs are indicated by blue and red (when needed), while phases for unoccupied MOs are indicated by green and yellow. That is, σ1s is blue because it has two electrons and is all the same phase; σ*1s is green and yellow because there are no electrons in this MO and one part is opposite phase from the other.

In some cases more than two electrons can be shared between two nuclei. This gives rise to the idea of bond order, which is the number of shared electron pairs between two atoms. Using a MO diagram, bond order can be defined as: