The history of Arabic is exceedingly interesting…

We find the oldest form, Classical Arabic, only in the Quran.  While millions of people are familiar with this form of Arabic via the Quran, this form of the language is not used much in today’s writing and it includes grammatical structures that are not reflected in any spoken Arabic of today.  Given that it is not practiced today, Classical Arabic is static.

Modern Standard Arabic (MSA) evolved from Classical Arabic and it still the lingua franca in a number of countries today.  Even in areas where MSA is not the colloquial language, it is still used in most writing, news, and widespread Arabic media.  MSA is an official language of the UN.  For this reason, more people understand MSA than speak it in their daily lives.

MSA is ever evolving, though not as much as the Spoken Arabic dialects.  There are 30 dialects of Arabic spoken throughout the world.  I am calling them dialects here, but some linguists refer them to as separate languages.  Essentially, dialects situated near each other will be mutually intelligible; those farther dispersed dialects may not be mutually intelligible.  There various dialects are still commonly referred to collectively as Arabic because they all evolved from Classical Arabic. It is said that the difference between various dialects is parallel to the differences between Romance languages.  Dialects outside of Modern Standard Arabic are generally unwritten and are defined by spoken norms (rather than formalized grammar constructs).  Important to me personally is the trend in which West African languages have absorbed bits of Arabic into their daily speech: “Arabic words also made their way into several West African languages as Islam spread across the Sahara. Variants of Arabic words such as كتاب‎ kitāb (“book”) have spread to the languages of African groups who had no direct contact with Arab traders.”

Where Arabic is spoken 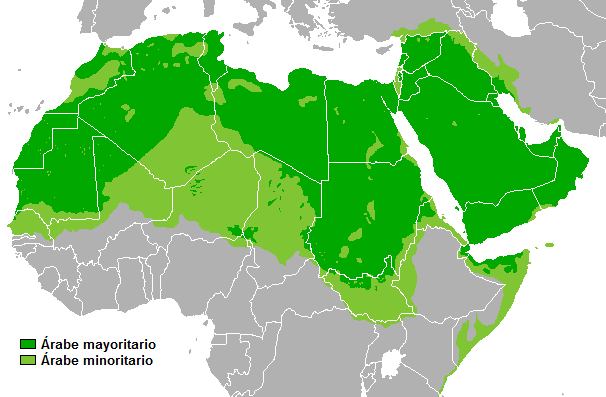 Arabic calligraphy is still an active and revered artform which has not fallen out of style.  Here is a beautiful example of Quranic script in calligraphy: 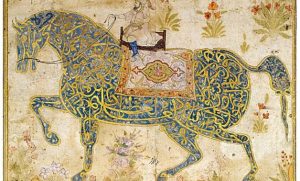