As one of the largest stateless peoples in the world, the Hmong have a long history of displacement. Their current diaspora can be traced directly to Han Chinese expansion, as well as French and American imperialism in Southeast Asia. As a result, Hmong can be heard in the highlands of China, Laos, Thailand, and Vietnam, as well as in the cities of the United States (particularly in California, Minnesota, and Wisconsin), France, and Australia (1). It is difficult to get an accurate count of Hmong speakers in the world, but estimates range from a conservative 4-5 million to a speculative 10 million, depending on methodology (2). Regardless of the total number, the international Hmong community represents a vibrant, diverse group linked together by common linguistic, cultural, and political interests despite their lack of a nation-state. Technological advances, including the rise of the internet, mobile phones, and easier travel, have allowed the Hmong diaspora to remain connected as a coherent whole despite the lack of geographic proximity. 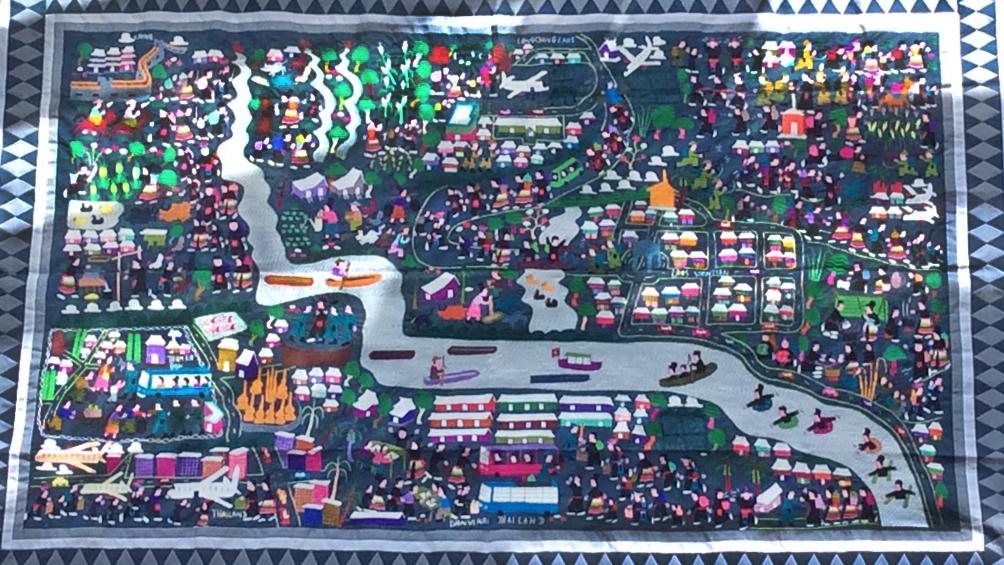 Above: A Paj Ntaub, or Hmong Story Cloth, that tells the story of refugee flight out of Laos (3).

A tonal language, the two main dialects, Mong Leeg (Green Hmong) and Hmoob Dawb (White Hmong), are mutually intelligible. For a large portion of their history, Hmong did not have a written form, with cultural explanations believing that written language was lost in the flight out of their ancestral homeland in China. Over the last two centuries, a variety of written systems have been proposed, almost always associated with messianic figures. Today, Hmong around the world use RPA (Romanized Popular Alphabet), a system developed by missionaries in the 1950s in conjunction with Hmong advisors in Southeast Asia. A less popular, though extremely culturally significant form of writing, called Pahawh, was also formed during and after the Secret War period. Following in the legacy of past messianic languages, this form is growing in popularity in the U.S. and in Southeast Asia, where it is believed to be a more authentic, spiritually-endowed system of writing (4).